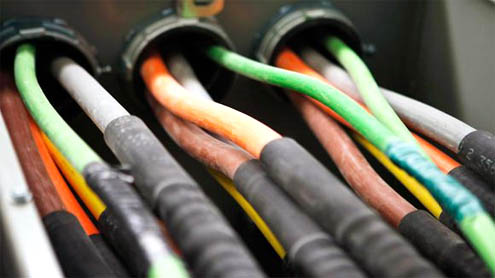 Millions of Internet users in the Middle East, North Africa, Pakistan and India had their services disrupted yesterday because three scuba divers cut an undersea Internet cable off the coast of the northern city of Alexandria, Egypt.

The affected cable is known as South East Asia-Middle East-Western Europe-4. The Internet slowed down considerably in some countries, as much as 60 percent in some areas, according to reports.The Egyptian military arrested the trio that had been spotted on board a small boat and attempted to flee ashore. The navy gave chase and eventually caught up and arrested them, the military said on its Facebook page.
T
he captured men claimed they had cut the cable by mistake, said Alexandria's security director Amin Ezz Al-Din, quoted by the official MENA news agency.Internet services are operating normally in the Kingdom because all leading telecommunication operators have alternative and multiple submarine cable systems that can reroute data without affecting customers.

Jeddah is a major hub for submarine cables that link Asia and Europe through the subcontinent. The two cable stations in Jeddah can automatically restore or reroute data.The damaged undersea cable is 20,000 km long and it links 14 countries, including Saudi Arabia, with 16 landing stations across Europe, Middle East and Asia, plus extension links in various countries. – ArabNews

US Senators Scramble to Firm Up Immigration Bill by April