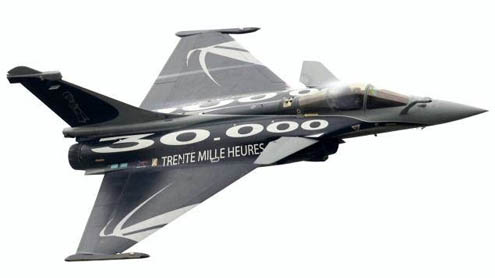 NEW DELHI: New Delhi is set to reject a global arms trade treaty (ATT) since the agreement is heavily loaded against weapons-importing countries like India, and let exporting nations like the US and China call the shots.

The treaty, meant to regulate all transfers of conventional arms around the world, is likely to be passed by the UN General Assembly next week. India's inability to establish an indigenous defence production industry may now become a strategic vulnerability.New Delhi had several concerns which Indian negotiators, led by Sujata Mehta, who heads the Indian mission at the Conference on Disarmament (CD) in Geneva, fought on, but virtually none of them have been incorporated by the treaty's co-authors, led by Peter Woolacott of Australia. The current round of negotiations in New York is the second and final round. The first round, held last July, didn't have an agreement largely because the US backed out.

India wanted the treaty to regulate arms transfers to non-state actors like terror groups. New Delhi's focus was on terror groups that target the nation or even internal insurgent groups like the Maoists but this was shot down. Countries like the US and the UK who supply arms to opposition groups such as in Syria and Libya wanted to retain the flexibility to continue to do so. Terror groups do find mention, but only in the non-binding preamble, and not in the main body. In her remarks, Mehta said, “Without such provisions, the ATT would in fact lower the bar on obligations of all states not to support terrorists and/or terrorists acts … We cannot allow such a loophole in the ATT.”

Second, India wanted to preserve bilateral defence cooperation agreements (arms supplies are covered under such pacts) from the ATT's purview. This hasn't found favour with the treaty's authors, either. Mehta said, “Such a loophole in the Treaty would have the effect of strengthening the hands of a few exporting states at the expense of the legitimate defense and national security interests of a large number of importing states.” Once this treaty goes through bilateral arms supply agreements could come under this treaty if the exporting country makes an “export assessment” under article 7 that it feels warrants stoppage of supply. This would be disastrous for India, as was evident during the Kargil war in 1999.

India and China are the world top arms importers, according to the latest figures by SIPRI. But China itself has climbed to the top five global arms exporters last year — and the bulk of its arms exports are to Pakistan. Given the nature of China-Pakistan relationship, Islamabad is unlikely to suffer even if this treaty comes into effect. On the other hand, for India, it will become the conventional version of the global nuclear suppliers' regime. Once this treaty goes through India will have to provide similar kinds of end-user verification and access to satisfy exporters that it does with nuclear imports.

India feels the burden of obligations rests largely on the importers because they have to satisfy the exporters on end-user verification, on keeping national records of weapons and ammunition used, etc. In fact, New Delhi wanted ammunition transfers to stay out of the treaty's scope, but that too fell by the wayside.A lot of international arms transfers are no longer outright sales, but incorporate leases, and even barter deals in exchange for resources etc. That should have been part of the treaty but it isn't. The treaty absolves any state which transfers arms under its own control if it states that it retains control of such arms. This means diversions and illicit transfers will continue to happen under different guises.The treaty applies to transfers of battle tanks, armoured combat vehicles, large caliber artillery systems, combat aircraft, attack helicopters, warships, missiles and missile launchers, small and light weapons, while ammunition and parts and components are also brought under scrutiny. – TOI