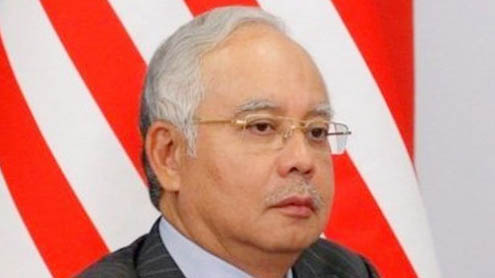 Malaysian Prime Minister Najib Razak has dissolved parliament ahead of a general election.Mr Najib, whose National Front (BN) coalition has been in power for over 50 years, made the announcement in a televised address.He will face opposition leader Anwar Ibrahim in what is expected to be a tightly-contested race.

The National Front lost its two-thirds majority for the first time in the 2008 elections.Election officials will meet in coming days to fix a polling date – many expect the vote to be held in late April.”The king has accepted my request to dissolve parliament effective 3 April,” Mr Najib said in the address.

Mr Najib was constitutionally obliged to call a general election in April, when the National Front’s five-year mandate ran out.In 2008 the National Front coalition suffered its worst election result in decades, losing its two-thirds parliamentary majority and control of five state assemblies.Mr Najib Razak assumed office in the wake of the election, replacing Abdullah Ahmad Badawi.The National Front has dominated Malaysian politics since its independence, and losing its majority was hugely embarrassing, the BBC’s Jonah Fisher in Bangkok reports.

The coalition will be under pressure to reverse losses it suffered in 2008, our correspondent adds.In his televised address on Wednesday, Mr Najib warned Malaysians not to “gamble the future of [their] children and Malaysia”.He is likely to highlight Malaysia’s strong economic growth over the past year in his election campaign.Challenger Anwar Ibrahim leads a coalition of three opposition parties: his Parti Keadilan Rakyat, and the Islamist Parti Agama SeMalaysia and the Democratic Action Party.

The opposition, which has accused the ruling party of corruption and racial discrimination, has gained support in urban areas.Mr Anwar once served as deputy prime minister under the National Front, but fell out with former Prime Minister Mahathir Mohamad in 1998.He was jailed for misuse of power for six years, and charged with sodomy twice – although on both occasions, the charges were overturned.He has described the charges as politically motivated. – BBC