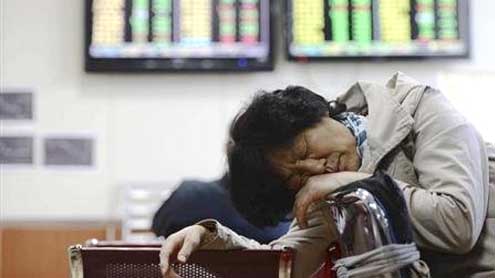 SINGAPORE: The World Bank on Monday scaled back slightly its 2013 growth forecasts for emerging East Asia and warned about possible over-heating in the region’s larger economies, but the global lender said the Bank of Japan’s sweeping monetary expansion should provide a fillip to developing countries.

Japan’s efforts to stimulate its economy through monetary easing is likely to be “mostly good” for developing Asian economies such as Thailand and the Philippines, which produce components for Japanese exporters, the World Bank said.The Bank of Japan on April 4 stunned markets by unveiling a monetary expansion campaign with plans to inject about $1.4 trillion into the economy over two years to break a deflationary cycle and end two decades of stagnation. The unprecedented easing has provided fresh momentum to yen bears, with the dollar tapping a four-year high of 99.95 yen on Thursday.

The BOJ’s radical monetary plan, which even eclipsed the U.S. Federal Reserve’s massive quantitative easing program, has caused worries about a wall of money moving into emerging markets and other economies in search of higher returns, potentially stoking inflation and asset bubbles.However, Bert Hofman, World Bank chief economist for East Asia and Pacific, was sanguine about the BOJ’s ambitious goal.”Japan is trying to get out of this low spend, deflationary environment… If that works, that is good for the world economy, and good for the region. It means a large economy may start growing again,” Hofman told at a media briefing.

The World Bank, in its latest East Asia and Pacific Update, cut its gross domestic product (GDP) growth projection for China by 0.1 percentage point to 8.3 percent for 2013, citing Beijing’s ongoing efforts to restructure its economy.The revision was made before China earlier on Monday reported slower-than-expected 7.7 percent year-on-year growth in the first quarter, which was below the World Bank’s own forecast, Hofman said.The international lender also lowered its forecast for Indonesia to 6.2 percent from 6.3 percent due to an expected moderation in investment growth, but raised its growth outlook for Thailand and Malaysia.

Overall, the World Bank expects developing East Asia to grow by 7.8 percent this year, below its December estimate of 7.9 percent but faster than last year’s 7.5 percent.”Our growth forecasts for EAP (East Asia and the Pacific) for 2013 and 2014 remain roughly similar to those of December last year. We expect that with improving external conditions and strong domestic demand, regional growth will rise moderately to 7.8 percent in 2013 and then adjust back to 7.6 percent in 2014 and 2015,” it said.

The World Bank tempered its more benign outlook about conditions in the West with a call for Asian governments to start reining in the supportive monetary and fiscal policies that had been adopted in the aftermath of the financial crisis, echoing concerns raised by the Asian Development Bank last week.”Countercyclical demand policies have helped sustain growth, but they may now risk stoking inflationary pressures and amplifying the credit and asset price risks that are emerging in the context of strong capital inflows into the region,” the World Bank said.

While the bulk of capital flows into China and Indonesia comprise foreign direct investments that are not easily reversible, portfolio flows are sizable in Malaysia where they comprising 6.4 percent of GDP in 2012 on a net basis, up from 2.9 percent of GDP in 2011.”Maintaining an appropriate macroeconomic stance and sufficient flexibility in the exchange rate and applying macroprudential measures to ensure these flows do no fuel asset bubbles are priorities,” it added.

The World Bank said that continued depreciation of the yen posed challenges for developed Asian countries such as Korea, which competed directly with Japan in many export markets.In contrast, many developing Asian economies produced inputs used by Japanese industry. Japanese investments in these countries could increase, helping build productive capacity and boost potential output, it said.Larger East Asian economies such as China, Indonesia, Malaysia and the Philippines may be reaching the limits of their current productive capacity, the World bank said in its report.

It added that price pressures are mounting in China, although the headline rate remains under the central bank target of 3.5 percent, while inflation is building up rapidly in Indonesia.The World Bank sounded a warning on rising debt levels in countries such as Thailand, Malaysia and China.While China’s general government debt stood at 22.2 percent in 2012, up from 19.6 percent five years ago, non-financial corporate debt has jumped to 126.4 percent of GDP from 113.6 percent in 2007. Household debt equal 29.2 percent of GDP in China, up more than 10 percentage points from 2007, the World Bank added.