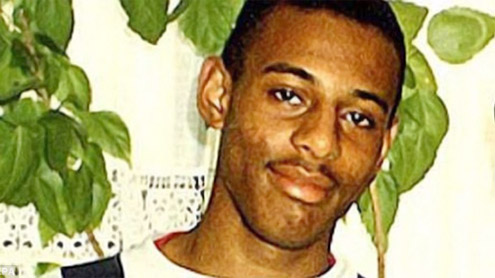 Duwayne Brooks, who was with the teenager on the night he was murdered, was allegedly monitored as he met detectives with his lawyer.Sources claimed the force was given permission to record two meetings as they hunted those behind the 1993 racist murder.But details of the clandestine operation raised further questions about the treatment of the Lawrence family and their supporters.

It came as Sir Bernard Hogan-Howe said he would support a public inquiry into claims undercover officers were used in a smear operation.But the Met chief warned that it could be slow and inconclusive, with any criminal allegations sent back to police for investigation.Stephen’s father Neville has demanded a judge-led inquiry, dismissing as ‘completely unsatisfactory’ plans to examine the allegations within the scope of two ongoing inquiries.

His second son Stuart said the expensive process could be avoided if Sir Bernard answered ‘13 questions’ about the controversy submitted by his lawyer. Claims that police bugged Mr Brooks will inflame the crisis at the Met over its use of undercover officers and secretive tactics.Now a councillor in Lewisham, South-East London, Mr Brooks’s life was thrown into turmoil in the wake of the killing. The two teenagers were standing at a bus stop when a gang of youths attacked them and stabbed Stephen to death.

It is claimed that the bugged meetings were held in an interview room at the offices of Deighton Guedalla, in Islington, North London, in 1999 or 2000.Mr Brooks’s solicitor, Jane Deighton, demanded answers and said there was no reason for police to record the meetings which they had requested.She said: ‘That is very worrying for Duwayne Brooks and for ourselves because it is quite sinister. Why covertly record a meeting that you have asked for?

‘Why unless it is part of something much bigger, why unless in fact covert recordings were happening of Duwayne Brooks and ourselves in different situations? That is what we want to know.’One former Yard detective said: ‘There is no reason not to record a significant witness, in fact it’s good practice.’But officers should be open about it, and ask the witness and his lawyers first. Doing it covertly is underhand and could later undermine trust. As it has.’

Earlier this week a police whistle-blower claimed senior officers wanted him to help ‘smear’ the Lawrence family.Former undercover officer Peter Francis said he was sent in to infiltrate anti-racist groups that supported the Lawrence family.Prime Minister David Cameron described the allegations as ‘horrific’ and vowed to ‘get the full truth out’.Speaking yesterday, Mr Francis revealed that he helped gather information on politicians during their earlier careers, including former Home Secretary Jack Straw.

Mr Francis said he was asked to provide intelligence on ‘subversives’, which included young students with links to radical politics.He said they included Mr Straw and Labour MPs Diane Abbott and Jeremy Corbyn.Mr Brooks was paid £100,000 compensation seven years ago after a marathon legal battle over his treatment by police.A Met spokesman said an investigation was launched yesterday after a letter was received from Mr Brooks’s lawyer. – DailyMail

Sharapova shows off her football skills during training session

Musharraf’s fate hanging in the balance?

Musharraf’s fate hanging in the balance?