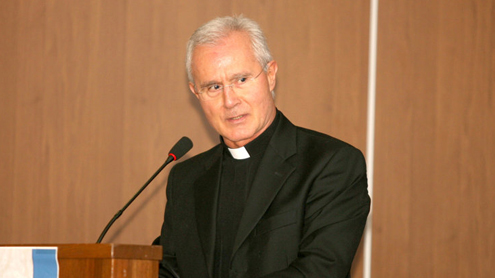 The director and deputy director of the Vatican bank have resigned following the arrest of a senior Italian cleric over corruption and fraud allegations.

Paolo Cipriani and Massimo Tulli offered to step down on Monday “in the best interest of the institute and the Holy See”, the Vatican says.It comes three days after the arrest of Monsignor Nunzio Scarano.The 61-year-old and two others are suspected of trying to move 20m euros ($26m; £17m) illegally.Monsignor Scarano, a priest from southern Italy, worked for years as a senior accountant for a Vatican department known as Apsa (the Administration of the Patrimony of the Apostolic See).

He has been under investigation by Italian police for a series of suspicious transactions involving the recycling through the Vatican bank of a series of cheques described as church donations.The two other men arrested on 28 July have been named as Giovanni Maria Zito, who is described as an Italian secret service agent, and Giovanni Carenzio, a financial broker.Ernst von Freyberg, the current president of the bank, would serve as its interim director, taking over from Mr Cipriani, a Vatican statement said.

A new position of chief risk officer would also be created to improve compliance with financial regulations.Last week, Pope Francis set up a commission of inquiry to look into the bank, which has been beset by allegations of money laundering for decades. He had already named a trusted cleric to oversee the way the institution had been managed.

Officially known as the Institute for the Works of Religion (IOR), the bank is one of the world’s most secretive. It has 114 employees and 5.4bn euros of assets.The scandal is an embarrassment to the Vatican with Pope Francis campaigning for the Catholic Church to be closer to the people of the developing world.Some churchmen are even questioning whether the Vatican needs its own bank, BBC Rome correspondent David Willey reports. – BBC