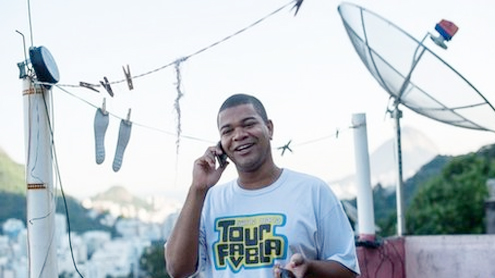 Brazil has requested clarifications from the US government about reports that its intelligence agencies monitored millions of emails and phone calls from Brazilian citizens.

The allegations were published on Saturday by O Globo newspaper.They were based on documents disclosed by fugitive American intelligence analyst Edward Snowden.Brazil received the reports “with deep concern,” Foreign Minister Antonio Patriota in a statement. President Dilma Rousseff called several cabinet ministers to a meeting on Sunday to discuss the issue, following the publication of the newspaper articles on Saturday.

Mr Patriota was taking part in an international literature meeting in the city of Paraty, near Rio de Janeiro, but called the media in the afternoon to read a statement.”The Brazilian government has asked for clarifications through the US embassy in Brasilia and the Brazilian embassy in Washington,” he said.Mr Patriota said it was going to request that the United Nations work on regulation “to impede abuses and protect the privacy” of internet users.

Communications Minister Paulo Bernardo said the Federal Police and the Brazilian Telecommunications Agency (Anatel) would carry out an investigation to find out whether internet providers based in Brazil had been involved in the alleged surveillance scheme.”If that has happened, these companies broke Brazilian law and acted against our Constitution, which safeguards the right to privacy,” said Mr Bernardo.”But the surveillance was probably done through undersea cables and satellites. Most of the cables for international communications go through the US,” he added.

According to O Globo newspaper, Brazil had one of the highest numbers of electronic messages and phone calls monitored by the US, even though the country has good relations with the US.”It is not known the number of people and companies spied on in Brazil, but there is evidence that there was a large volume of data collected on a regular basis,” says the report.”Brazil appears on the charts of the American agency (National Security Agency, or NSA) as a prime target for the espionage of phone calls and other data, alongside nations like China, Russia, Iran and Pakistan,” says O Globo.

The allegations come at a difficult time for relations between the United States and Latin American countries.On Tuesday, a Bolivian government plane was denied access to the airspace of France, Italy, Spain and Portugal.President Evo Morales, who was returning from an official visit to Moscow, was forced to wait for 13 hours in Vienna before being allowed to return to La Paz.France apologised for the incident, blaming it on “conflicting information” that Edward Snowden was on board.

The American whistleblower is believed to be holed up at an airport in Moscow since fleeing from Hong Kong.Mr Morales and other Latin American leaders reacted angrily, denouncing a “neo-colonialist” approach from the US and some of its European allies.Bolivia, Venezuela and Nicaragua have since stated that they are willing to give Mr Snowden asylum.A statement by Brazil’s President Rousseff said: “The embarrassment to President Morales hits not only Bolivia, but all of Latin America.”