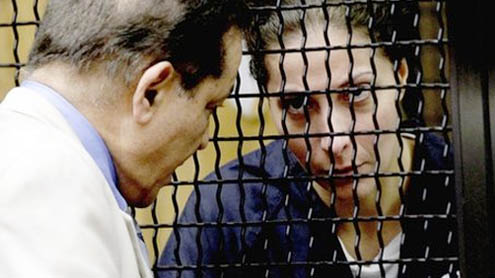 A woman described as a Saudi princess has been arrested in California and accused of human trafficking.

Meshael Alayban, 42, is accused of forcing a Kenyan woman to work 16 hours a day while paying her far less than what she was originally promised.Authorities say Ms Alayban took the woman’s passport, precluding her escape. Her lawyer called the case a dispute over work hours.In November, California voters toughened human trafficking penalties.If convicted, Ms Alayban faces a maximum sentence of 12 years in prison, double the punishment prescribed before voters approved the law known as Proposition 35.

Prosecutors say she is one of six wives of Prince Abdulrahman bin Nasser bin Abdulaziz al-Saud, a scion of the Saudi royal family.The unnamed Kenyan woman had begun working for Ms Alayban last year in Saudi Arabia under a two-year contract with an employment agency.That contract guaranteed her $1,600 (£1,050) a month for eight-hour work days, five days a week, California officials said. Instead she was paid $220 a month and forced to work twice as long, according to prosecutors.

The 30-year-old Kenyan woman also alleges her passport was taken from her when she arrived in Saudi Arabia. It was only returned to her long enough for her to travel to the US with Ms Alayban.In California, she said she was forced to perform household chores for at least eight people in four units at the same block of flats where she was allegedly held captive. When she managed to escape, she flagged down a bus driver and later went to police.

Ms Alayban was arrested on Wednesday.”My client was a slave to this woman,” said Steve Barick, a lawyer for the accuser.”She wasn’t able to freely move about. She had her ability to move in and about the country taken away. She was intimidated. She was promised one thing when she was in another country and when she was brought here that was changed. She was overworked. She was underpaid.”Orange County District Attorney Tony Rackauckas described the accuser’s situation as “an example of forced labour.”

“It’s been 150 years since the Emancipation Proclamation, so slavery has been illegal in the United States and certainly in California all this time,” he said. “It’s disappointing to see it in use here.”Ms Alayban did not enter a plea in her first court appearance on Thursday. She was released on $5m bail shortly after the hearing but was ordered to surrender her passport and to wear a GPS tracking device.Prosecutors had asked a judge for bail to be set at $20m or denied entirely, given Ms Alayban’s wealth. – BBC