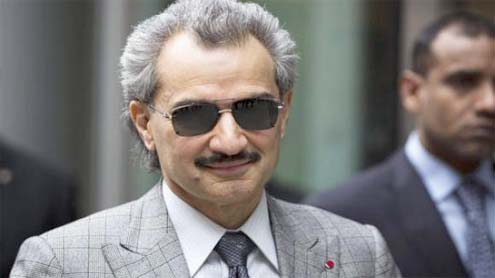 Prince Alwaleed bin Talal, chairman of Kingdom Holding Company (KHC), has been ranked No. 1 for 5 consecutive years in Middle East’s Magazine’s 2013 list of the World’s 50 Most Influential Arabs.

Prince Alwaleed is known for his precision for exploring new and potential business opportunities and ventures in synchronization with the direction and fluctuations of the economic climate. Consequently, KHC was listed on Tadawul in 2007 and Prince Alwaleed who owns 95 percent of the Company has been involved in the creation of a diversified long term investment portfolio of strategic stakes in well-known companies locally and around the world, in multiple sectors covering real estate, media, banking and hotels, to name a few.