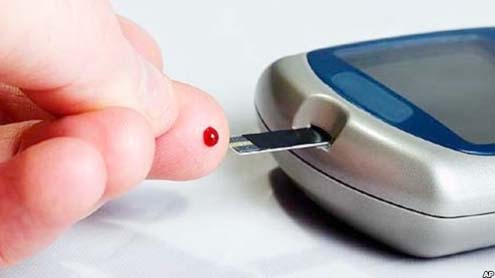 U.S. health regulators are cracking down on 15 companies for selling products they say falsely claim to cure or mitigate the symptoms of diabetes.

The U.S. Food and Drug Administration (FDA) sent letters last week to 10 domestic and five foreign companies, warning them that their products violate the law.A total of 20 products are covered by the warning letters. In some, treatments are being sold as “natural” when in fact they contain pharmaceutical ingredients, the FDA said.In other cases, prescription drugs are being sold to patients without a prescription; and in some cases products are falsely claiming to cure or mitigate the symptoms of the disease.

The products are being sold online and in retail outlets, the agency said, though it could not say how many stores the products are sold in or how many have been distributed online.But Howard Sklamberg, director of the office of compliance in the FDA’s drugs division, said he considers health care fraud in general, and health care fraud involving diabetes products in particular, as “a large problem.”

The FDA said three of the most potentially dangerous cases it had targeted involve unapproved products originating in Asia that contain pharmaceutical ingredients not disclosed on the product labels.These products are called Diexi, which was shipped from India, Insupro Forte, which was shipped from Malaysia, and Jiang Tan Yi Huo Su Jiao Nang, which the FDA said translates as Anti-diabetic Pancreatic Capsule and was shipped from China.Diexi, made by Amrutam Life Care, is marketed on the company’s website as an “anti-diabetic herbal formula that provides an effective treatment to relieve all symptoms related to diabetes.”

According to the FDA’s testing, however, Diexi contains metformin, a pharmaceutical approved in the United States to treat diabetes under a physician’s supervision.Another drug, Insupro Forte, is advertised by Easy Pha-max as “Truly Savior of Diabetics.” The company claims the product is made with a plant-based protein that helps bring down blood sugar levels and repairs physically altered cells.In fact the product contains glyburide, an FDA-approved diabetes medication that can cause serious side effects including low blood sugar if not taken properly, the agency said.

Testing showed that the Anti-diabetic Pancreatic Capsule contained metformin, glyburide and phenformin. Phenformin was removed from the U.S. market in 1978 because it was associated with lactic acidosis, a serious condition that can cause weakness, tiredness, muscle pain, trouble breathing and a sudden slow or irregular heartbeat.The companies could not be immediately reached for comment.

“Diabetes is a serious chronic condition that should be properly managed using safe and effective FDA-approved treatments,” FDA Commissioner Margaret Hamburg said in a statement. “Consumers who buy violative products that claim to be treatments are not only putting themselves at risk, but also may not be seeking necessary medical attention, which could affect their diabetes management.”

Nearly 26 million Americans have the disease, which can lead to heart disease, blindness, kidney failure, and amputations of the lower limbs.If the firms do not comply with the law, the FDA can take action to prevent the products from being imported from overseas, and it can seize those made domestically and initiate criminal proceedings.