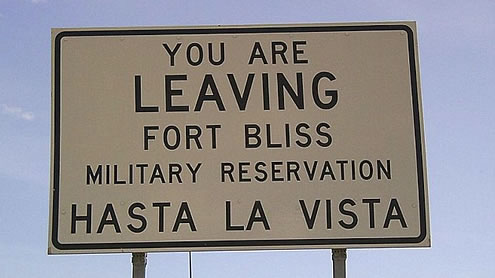 U.S. military personnel are offering their services to Mexican drug cartels in exchange for payment in the form of cash and drugs. Following a former Army private’s sentencing last week for carrying out a hit for the Juarez Cartel, experts are warning of the growing ties between Mexican drug cartels and U.S.-based gangs that infiltrate the military.

Private Michael Apodaca’s case is the latest example of a U.S. serviceman becoming involved in Mexican drug cartel activity. Fred Burton, vice president for STRATFOR Global Intelligence, a geopolitical intelligence firm, told Fox News that some soldiers become corrupted by gangs after joining up to the Army, while others are gang members who enlist specifically for the specialized training.

‘There has been a persistent gang problem in the military for the past six to eight years,’ Burton said.
Michael Apodaca, 22, was a private first-class stationed at Fort Bliss Army Base when he was hired by the Juarez Cartel to kill a member who had been revealed as an informant. Apodaca was paid $5,000 to shoot and kill Jose Daniel Gonzalez-Galeana.

Last year, an Army sergeant and an ex-soldier were arrested in Texas after agreeing to a murder plot with men they thought were members of the Zetas cartel but were actually undercover agents. Sergeant Samuel Walker, 28, and former Lieutenant Kevin Corley, 29, who were stationed at Fort Carson, Colorado, agreed to kill members of a rival gang for $50,000 and cocaine.

According to the case against him, Kevin Corley told the agents he could train 40 cartel members in ‘room clearing, security and convoy security,’ according to Business Insider. He also said he could recruit other members from his unit to the gang and steal military weapons.

Mexican cartels favor U.S. military personnel based along the southwest border for their ability to more easily pass back and forth across the border, as well as their weapons training and precision. Burton told Fox News that cartels value trained soldiers from the U.S., Mexico and Guatemala as sicarios – hit men.

For U.S.-based gangs, joining the military is a way of strengthening ties with Mexican drug cartels to acquire drugs. In the most recent suspected case of military involvement in cartel activity, Juan Guerrero-Chapa, a former lawyer for the Gulf Cartel now living in the U.S. was gunned down. The shooting, in a Fort Worth parking lot, was carried out with the kind of precision that police suspect only someone with military training would possess.

A task force including the FBI and the Department of Homeland Security is investigating the killing. Gang members with training in combat and access to military weapons is a threat the FBI is monitoring. The FBI National Gang Intelligence Center had identified members of 53 gangs with members serving in or affiliated with the U.S. military as of 2011.

For its part, the military has toughened its recruiting standards to try and prevent the infiltration of gang members among its ranks. An Army spokesperson told Fox News that anyone with gang-related tattoos is rejected for enlistment.
‘A person like Michael Apodaca would not even be allowed to enlist today,’ said Army Major Joe Buccino, spokesman for the Fort Bliss Army Base. ‘We’re more selective than during the height of Iraq.’ – Dailymail