Downbeat music makes people calmer when behind the wheel 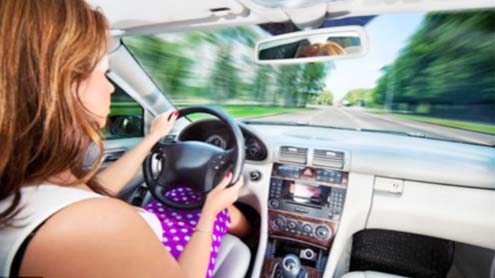 Downbeat music makes people calmer when behind the wheel

If you’re  prone to lose your temper when behind the wheel, here’s a gentle suggestion – try turning on the radio.

Scientists have discovered that playing slow, sad and downbeat music makes people calmer, less stressed and safer on the road.In the study, which was conducted using a simulator, drivers were asked to steer a wide car along a narrow winding road.They had to deal with varying speed limits and up to 40 cars a minute approaching them on the screen.Tiny electrodes attached to their skin were then used to gauge how stressed they were.

The volunteers began by driving to some of their favourite uplifting songs. After eight minutes, these were swapped for tunes with a slower tempo.Not only did they appear less stressed but they were also less likely to speed or swerve across lanes and caused fewer crashes.And the study found that while loud and uplifting tunes made motorists feel happier, they made their driving more reckless.

The American and Dutch researchers, writing in the journal Ergonomics, said: ‘The higher the energy, the more it competes for the attention resources available for driving.’This is particularly dangerous in high-demand driving situations, where the limit of attention may be reached.’They added that motorists are not the only people who could benefit from the calming power of music.For instance, played in an operating theatre, it could calm surgeons and reduce anxiety among patients.’ – DailyMail