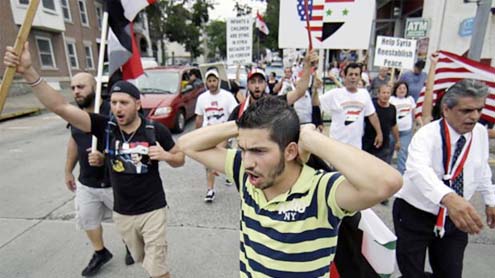 A poll released Monday by the Pew Research Center and USA Today finds opposition to airstrikes surged 15 percent in the past week, with 63 percent of respondents now saying they are against military action.  Of those, 45 percent said they strongly oppose such action.The poll found the percentage of respondents favoring airstrikes held steady at 28 percent.

Still, six-in-ten respondents said they think the United States should do something to show the use of chemical weapons in not acceptable.A separate poll released Monday by CNN/ORC International also found a majority of Americans oppose airstrikes.Fifty-five percent of respondents said they oppose strikes even if the U.S. Congress passes a resolution in favor of military action.  More than 70 percent said such strikes would “not achieve significant goals for the United States.” – VOA