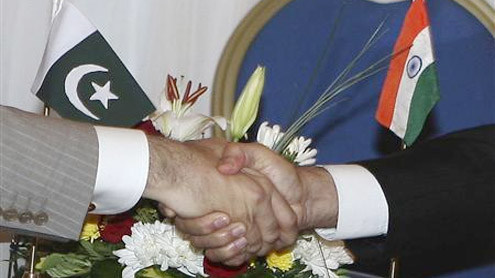 Pakistan hopes that the September 29 prime ministerial talks with India would result in the two countries finding ways to reduce tensions and resume the peace process.

“We hope to find ways of reducing tensions and resuming the peace  process,” Foreign Ministry Spokesman Aizaz Ahmed Chaudhry said, when asked about Pakistan’s expectations from Prime Minister Nawaz Sharif’s meeting with his Indian counterpart Manmohan Singh. The meeting taking place on the sidelines of the 68th session of the  UN General Assembly – is being keenly followed by the international community that has been urging Islamabad and New Delhi to move forward their peace process to ensure South Asian peace and security.

In this context, the spokesman said that the Pakistani delegation has  shared a number of peace proposals with India and was looking forward to its response.The two prime ministers are to meet against the backdrop of tensions along the Line of Control in the disputed Kashmir region following a series of firing incidents.On Thursday, Secretary of State John Kerry expressed Washington’s appreciation for Prime Minister Nawaz Sharif’s policy on seeking with neighbors.

This week, the US Special Representative James Dobbins said peace between the two nuclear powers will not only benefit them but also assist great efforts towards Afghan stability as the war-torn country heads to transition with the end of war in 2014.On the eve of Pakistan-India talks, Manmohan Singh is due to  meet President Barack Obama in Washington for talks on bilateral and regional issues.At a briefing, Spokesman Aizaz Chauhdry said Pakistan opposes terrorism in all its forms and manifestations, and termed the Jammu incident as tragic.But, he emphasized, that dialogue between Pakistan and India should not be stopped on account of such incidents. – APP