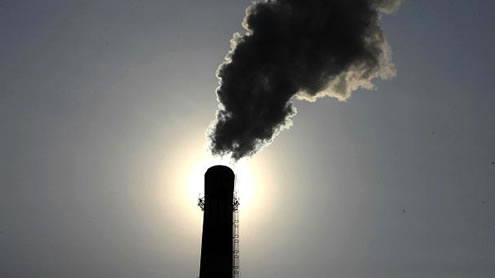 British manufacturers are on top of the world – outperforming rivals in the US, Europe and beyond, a report showed yesterday. Factory output in the UK in September grew faster than any other major global economy for a fourth month in a row, said researcher Markit.

The news fuels hopes that Britain is on the road to a broad-based and sustainable recovery and are a further boost for David Cameron and George Osborne. Official figures published later this month are also expected to show that the economy has grown by at least 1 per cent in the last three months.

Markit’s closely-watched index of activity for UK manufacturers, where scores above 50 represent growth, eased from a two-and-a-half year high of 57.1 in August to 56.7 in September. Despite the slight drop, it is still the strongest performance of any of the 25 economies covered by the report, beating 52.8 in the United States, 51.1 in Germany and 49.8 in France.

Canada, Ireland, Japan and the so-called BRIC economies of Brazil, Russia, India and China also lagged behind the UK.
Chris Williamson, chief economist at Markit, said: ‘The fastest growth was seen in the UK, which led the worldwide growth rankings for the fourth successive month.’

The firm said UK manufacturing output is likely to have risen by between 1 per cent and 1.5 per cent in the third quarter of the year – up from 0.9 per cent in the second quarter and the best performance since mid-2010. In a further boost to the Chancellor – whose 2011 promise that the economy would be ‘carried aloft by the march of the makers’ looked for a long time to be falling flat – employment in Britain’s factories grew at its fastest pace last month for more than two years. Rob Dobson, senior economist at Markit, added: ‘UK manufacturing continues to boom, adding to the flow of upbeat data which suggest that the economy is growing faster than almost anyone expected.

‘Job creation is also on the rise, with manufacturers reporting the strongest employment growth since May 2010 as firms took on more staff to meet faster order book growth.’ Analysts said the domestic market was the main source of growth last month, although export orders also rose amid higher demand in the US, Europe, Asia, the Middle East, Scandinavia, Latin America, Russia and Australia.

Martin Beck, UK economist at Capital Economics, said factory output could have grown by as much as 2 per cent in the third quarter of the year between July and September. ‘With manufacturing output still some 10 per cent below its pre-recession peak, there remains the potential for a period of strong catch-up growth ahead,’ he said.

Lee Hopley, of the manufacturers’ organisation EEF, said it was ‘another solid month for manufacturing’. He added: ‘The good run of indicators should continue beyond the end of this year with some expansion in manufacturing taking place in Europe, Asia and the US.’ George Buckley, chief UK economist at Deutsche Bank, predicted that the next batch of official figures would show a resurgent British economy, with gross domestic product up from 0.7 per cent to 1 per cent in the third quarter. Rob Wood, chief UK economist at Berenberg Bank, added: ‘The economy should see a very strong second half of the year.’ – Dailymail