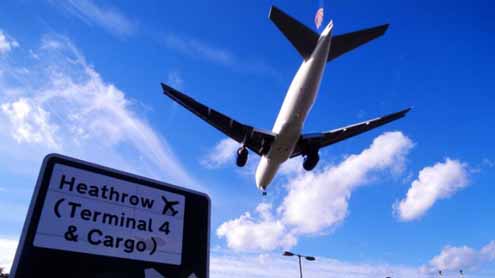 A £1.2billion ‘electronic borders’ system supposed to stop terrorists, foreign criminals and illegal immigrants getting into Britain has descended into a shambles, an official report reveals today. Ten years after it was devised by Labour ministers, e-borders is failing to meet most of its objectives, leaving a string of gaping holes in the protections it promised to deliver.

Some 70million passengers a year – one in three of the total – are arriving without undergoing background checks because of European Union data protection rules, inspectors found.

The report is the second in two months from chief inspector of borders and immigration John Vine to have been heavily redacted by Home Secretary Theresa May.

Some 39 paragraphs or entries were deleted, and four tables of figures, on the grounds that revealing them could undermine national security. But the raft of deletions will raise questions about whether embarrassing holes in border controls are being covered up. Last night, Labour MP Keith Vaz, chairman of the Home Affairs Committee, said the e-borders programme had been a ‘catastrophe for the British taxpayer’.

Shadow Home Secretary Yvette Cooper said it had ‘ground to a halt causing serious failures in border security’. However, senior officials insisted the number of passengers covered by e-borders was rising and set to grow even further in coming months. When the full plans for e-borders were drawn up in 2007 Labour ministers promised to ‘export the border’ to other countries by forcing anyone trying to get into Britain to reveal their personal information in advance.

Passed on by carriers, it is then checked against watch lists and security databases and logged on a vast database. Extremists, criminals and wanted criminals could either be arrested at the airport or turned away. By the end of this year, 95 per cent of all journeys into the country were supposed to be covered by the system. But the report reveals just 65 per cent of journeys are covered.

The European Commission blew the most gaping hole in the system by ruling that it would breach free movement rules to force EU citizens to hand their data over in advance. As a result, passengers arriving on flights from Europe can refuse to undergo advance screening. Yesterday, Sir Charles Montgomery, the former Royal Navy warship commander now in charge of Britain’s borders, was bullish about the prospect for increasing coverage in the coming months.

He indicated that a major European airline was about to sign up. He also said the system had allowed the arrest of thousands of criminals, including murderers and rapists. But Mr Vine’s report found this extension of police and security service capability was the only one of the eight main justifications for the project – which has already swallowed more than £500million of taxpayers’ cash – to have been achieved.

Mr Vine heavily criticised the deletion of warnings about drugs and smuggled tobacco which was done to prioritise immigration work. Immigration Minister Mark Harper said: ‘Passengers travelling to Britain are checked across a variety of databases before departure and upon arrival. ‘We now take Advance Passenger Information from 78 per cent of those travelling to the UK by plane, and require this information from 100 per cent of those travelling from outside the EU. ‘We have the best coverage of any country in Europe but we are working to improve our coverage further.’ – Dailymail