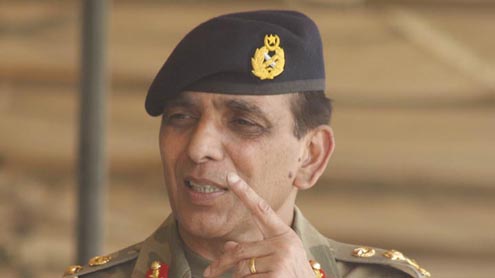 The COAS, said that Pakistan was also concerned about the continued violations of the Line of Control (LoC). The cease fire was proposed by Pakistan and agreed to by the two Countries in 2003. He added, that rather than hurling such baseless accusations, India would be well advised to respond positively to Pakistan’s suggestion for holding joint or impartial investigation into the LoC incidents, preferably by the United Nations.

Pakistan Army was exercising restraint but the same should in no way be used as a pretext for leveling such baseless allegations that vitiate prospects ofregional peace. The COAS said that Pakistan Army is fully supportive of the peace process initiated by the government.The COAS made these remarks while talking to a group of officers at General Headquarters.Onlinenews