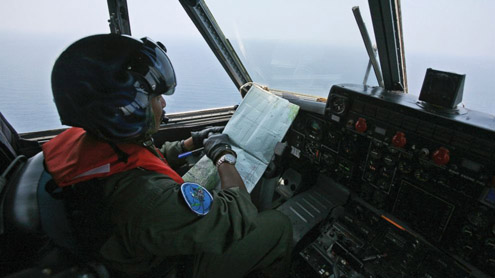 Vietnam said Wednesday it had suspended its air search for missing flight MH370 and scaled back a sea search as it waited for Malaysia to clarify the potential new direction of the multi-national hunt. “We’ve decided to temporarily suspend some search and rescue activities, pending information from Malaysia,” deputy minister of transport Pham Quy Tieu said, adding that boats were still searching the area, but on a smaller scale. Malaysia has expanded the hunt for the missing Malaysian airliner into the Andaman Sea, hundreds of kilometres (miles) to the northwest of the original search radius, an official said Wednesday.

But it has denied a report that the plane with 239 people on board had been detected far from its planned flight path. A Malaysian newspaper said radar had last detected the plane over the Strait of Malacca off western Malaysia. “We’ve asked Malaysian authorities twice, but so far they have not replied to us,” Tieu said, when asked about the report. “We informed Malaysia on the day we lost contact with the flight that we noticed the flight turned back west but Malaysia did not respond,” he added. Dwan