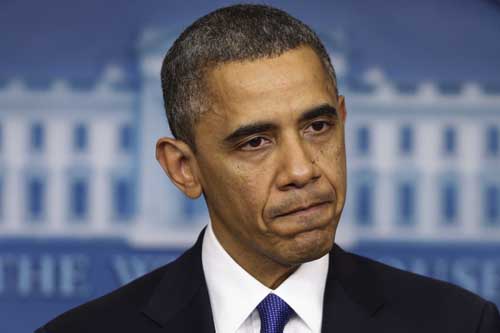 US President Barack Obama has left for a tour of Asia aimed at reassuring allies of his commitment to the region.The White House says the trip will focus on closer economic ties, but regional security – including China’s increasingly powerful presence – is likely to dominate talks.

Asian allies are concerned over the US ability to focus on the region amid competing priorities, say analysts. The trip was an opportunity to reinforce the importance the US placed on Asia and to re-establish ties at the leadership level, former US Assistant Secretary of State PJ Crowley told the BBC. Many traditional allies value a strong US presence in the region to balance against an assertive China,” Mr Crowley said. Mr Barack Obama visit comes amid a “period of very significant tension among American allies, and between American allies and China”, he added. Mr Obama’s trip – from 23-29 April – comes nearly seven months after he cancelled a visit to the region due to a government shutdown.

Stops include a private dinner with Japanese Prime Minister Shinzo Abe, as well as bilateral meetings with the South Korean, Malaysian and Philippine leaders. The US leader is expected to balance the need to bolster US ties with each Asian nation while improving communication among them, particularly between South Korea and Japan. The two Asian nations are at odds over disputed islands and historical issues linked to Japan’s war history. Mr Abe’s views on World War Two have poisoned relations to the point where Tokyo and Seoul are now barely on speaking terms, reports the BBC’s Rupert Wingfield-Hayes in Tokyo.

On Tuesday, Seoul accused Mr Abe of romanticising “Japanese colonialism and its war of aggression” after he sent an offering to the Yasukuni Shrine, where Japan’s war dead – including convicted war criminals – are enshrined.But the US – which last month brokered a meeting of the Japanese and South Korean leaders – wants the two to co-operate on North Korea, amid long-term deadlock in moves to end Pyongyang’s nuclear ambitions. On Tuesday, South Korea’s defence ministry said that it had detected “a lot of activity” at the Punggye-ri nuclear test site. North Korea could be planning to hold a “surprise nuclear test or just pretend to stage a nuclear test”, a spokesman said. A state department spokeswoman said the US was “closely monitoring the situation”. The test, if it went ahead, would be North Korea’s fourth. -bbc