One dead, 23 injured in Thai quake 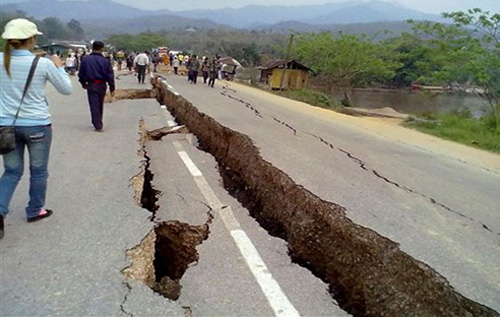 An elderly woman died and 23 other people were injured after a strong earthquake shook northern Thailand, an official said Tuesday, as aftershocks continued to rattle the mountainous region popular with tourists.

The 83-year-old woman died when a wall in her house collapsed after the 6.0-magnitude struck quake on Monday afternoon, according to an official at the Disaster Prevention and Mitigation Department in Bangkok. “Twenty-three people were also injured in separate incidents caused by the quake,” the official told AFP, without giving further details.

The quake, which struck at a shallow depth of just 7.4 kilometres (4.5 miles), had its epicentre in the remote Phan district of Chiang Rai province, geologists said, and was felt hundreds of miles to the south in Bangkok and even in Myanmar´s commercial capital Yangon. “Since last evening (Monday) there were six large aftershocks with a magnitude between 5.0 to 5.9 and the last was this morning,” Burin Wechbunthung, of the Meteorological Department told, adding there were a dozen smaller tremors.

Residents on Monday said they had seen cracked building facades, broken shop windows and damage to roads, while power was cut for several hours in Phan. The area is a remote mountain retreat near the border with Myanmar and Laos and popular with foreign visitors. The quake was felt in the tourist hub city of Chiang Mai 160 kilometres (100 miles) southwest of Chiang Rai and as far away as Bangkok, 800 kilometres to the south, where tall buildings shook for several seconds. Major earthquakes are rare in Thailand, although tremors often strike the north of the country. –thenews