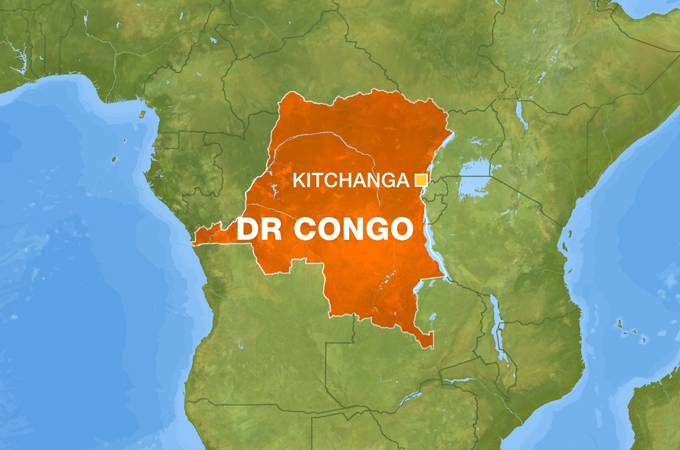 A total of 38 people died in ethnic violence in eastern Democratic Republic of Congo at the weekend, many massacred when a church was set ablaze, the government said Tuesday. The killings took place overnight Friday in Mutarule, about 50 kilometres (30 miles) south of Bukavu, the capital of Sud-Kivu province.

Earlier, local sources said the toll was at least 30 men, women and children, and that most of the victims were ethnic Bafuliru. The violence was sparked by the theft of livestock which resulted in retaliation “that led to carnage, causing the deaths of 38 people,” said an official statement issued after an extraordinary meeting of government ministers. “Fifteen of the victims of this massacre by an armed group were burnt alive in a fire… lit deliberately by unidentified assailants in a church. The government strongly condemns this crime and does not intend to let it go unpunished,” the statement continued. Local sources said Saturday that 14 women, 10 children and a soldier were among the victims. They added that it was a protestant church that had been targeted, and that the other victims were either shot or stabbed to death.

The UN mission in DR Congo (MONUSCO) issued a statement after the killings saying that “fierce fighting” had taken place between the Bafuliru on one side, and the ethnic Barundi and Banyamulenge on the other. “This violence is unacceptable and must end immediately,” said Martin Kobler, head of MONUSCO. The Barundi and Banyamulenge are Tutsis originally from Burundi who have been living in Sud-Kivu for generations. There has been a conflict for a dozen years between the Bafuliru and the Barundi over issues of property and custom. Local sources also confirmed that there had been a problem of stolen cattle in the region. UN peacekeepers have been sent to Mutarule to evacuate the wounded, and help the local authorities and the Congolese army restore calm to the area. -thenews