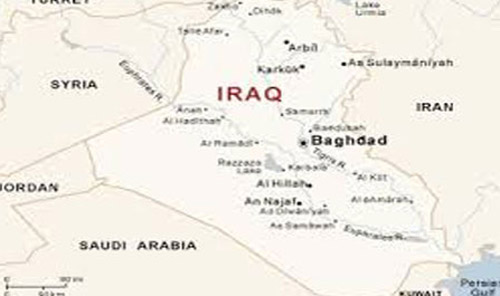 Militants who have seized a large swathe of northern and north-central Iraq now plan to march on the capital Baghdad, a US-based monitoring group said Wednesday. In a lightning offensive, militants seized Tikrit earlier, its latest success following a spectacular assault late Monday on Mosul, a city of two million.

The militants´ advances have forced as many as half a million people to flee their homes. ISIL spokesman Abu Mohammed al-Adnani promised that the battle would “rage” on Baghdad and Karbala, a city southwest of the capital, the SITE Intelligence Group said. “Do not relent against your enemy… The battle is not yet raging, but it will rage in Baghdad and Karbala,” Adnani said, according to a SITE translation of an audio statement released on the militants´ Twitter feed. “Put on your belts and get ready.” Adnani also dismissed President Nouri al-Maliki as woefully incompetent.

“What have you done to your people, O foolish one. No one is more foolish than you but those who accept you as the president and commander,” Adnani said in the translated statement. “What do you know about policy, leadership, and military command? You lost a historic opportunity for your people to control Iraq, and the people will always curse you for as long as they live. Indeed, there is between us and you a balance to be made even.” -thenews