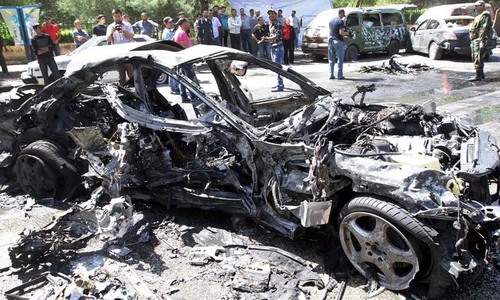 A car bomb claimed by rebels killed at least 34 people on Friday in a government-controlled village in the central Syrian province of Hama, state news agency. More than 50 people were wounded in the attack in Al-Horra, SANA said, blaming the attack on rebels fighting to overthrow President Bashar al-Assad.

The Islamic Front, a rebel coalition, claimed responsibility. It said on Twitter that a radio-controlled bomb had targeted a “gathering of Assad militia. “The Syrian Observatory for Human Rights said 37 people were killed, including civilians as well as security personnel, and more than 40 wounded.

On Thursday, a car bomb exploded in the city of Homs, to the south of Hama, killing at least six people in a neigh bourhood populated by Alawites, the Islamic sect to which Assad belongs. No one claimed responsibility for what was the second attack in Homs — Syria´s third largest city — in less than a week, but state television blamed it on rebels.

Effects of Currency Fluctuation on Economy

Effects of Currency Fluctuation on Economy