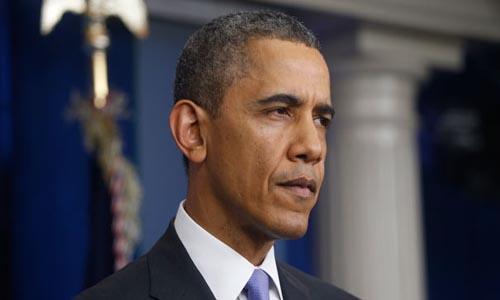 US President Barack Obama warned Wednesday that additional sanctions would be in store if Russia does not move swiftly to reduce tensions in eastern Ukraine. In a telephone call with Italian Prime Minister Matteo Renzi, Obama also vowed to press Russia to persuade separatist groups to abide by a ceasefire agreement, the White House said.

The two leaders agreed to “coordinate measures to impose additional costs on Russia if it fails to take rapid action to deescalate the situation in eastern Ukraine,” where 400 people have died in unrest since April, it added in a statement. Barack Obama and Renzi “also stressed the need for Russia to use its influence over separatist groups to persuade them to abide by the cease-fire and for Russia to take immediate concrete steps to stop the flow of weapons and militants across the border,” the statement said.

The White House said the two leaders agreed that Ukraine and separatists should continue their talks to implement a peace plan backed by President Petro Poroshenko. Ukraine´s new Western-backed leaders vowed earlier to stick by their unilateral ceasefire and pursue peace talks despite the downing by pro-Russian militia of an army helicopter in the strife-torn separatist east. The death of nine servicemen outside the rebel bastion of Slavyansk and loss of two troops in sporadic attacks prompted Poroshenko to threaten to unleash a powerful new military campaign in the Russified rustbelt.  -thenews