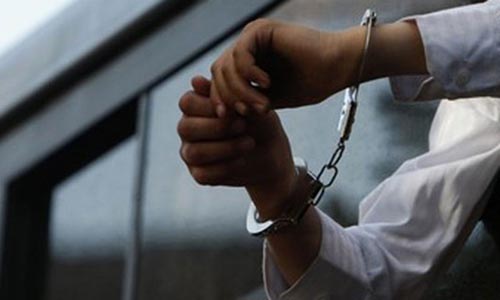 A member of the Samajwadi Party (SP) in India was booked on Monday for raising pro-Pakistan slogans, The incident took place in Uttar Pradesh’s (UP) Shamli district, where Mehmood Alam of SP was taken into custody. According to the local police, Alam was found drunk and extorting money from passers-by.

“The SP leader started shouting on top of his voice ‘Pakistaan Zindabad’ and ‘Narendra Modi Murdabad’ after which local officials booked him for breach of peace,” an official said. Officials ordered a strict inquiry, whereas sedition charges were filed in an initial police complaint. The police have been advised to follow the case as per the law. Last week, a report published in the Hindustan Times said that workers of SP and the ruling BJP broke into a fight when SP workers protested against the hike in rail fares.

At least half a dozen people, including a policeman, sustained injuries in the clash. An effigy of Narendra Modi was also burned during the protests. Reportedly, Modi-led BJP and SP were at loggerheads after the latter fell behind in the elections in UP this year. The BJP along with its allies had grabbed 73 of the 80 seats while SP could secure only five. -dawn