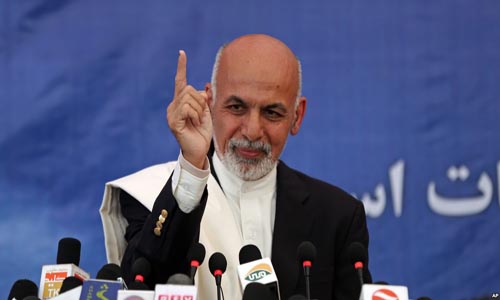 The Independent Election Commission on Monday announced Ashraf Ghani as the likely winner of the presidential race according to initial results. Addressing a press conference in Kabul, the head of the election commission announced that Ghani had secured 55.44 percent of the 8 million votes cast in the second and final round.

Born in 1949, Dr. Ashraf Ghani Ahmadzai spent his early years in Logar, Afghanistan and later pursued education abroad. He returned to teach at the Kabul University in 1974 and later pursued a Master’s degree in Anthropology at Columbia University. While he was away Afghanistan fell in the grip of war and he remained in exile, pursuing a Ph.D at Columbia. He was invited to teach at the University of California and at John Hopkins University. In 1991 he worked for the World Bank as lead anthropologist, a position he served at for the next 11 years.

Following the ouster of the Taliban in 2001, Dr. Ghani served first as a special adviser for the UN Secretary General’s envoy to Afghanistan and later as Chief Adviser to Interim President Karzai. Later as finance minister Ghani is credited with implementing many of the difficult reforms as well as issuing a new currency in record time. He has also co-authored a book, Fixing Failed States.

Ghani’s competitor Abdullah Abdullah who secured the lions share of the votes cast in the initial round has alleged “industrial scale” rigging with ballot boxes being stuffed to put Ghani in office. Meanwhile Ashraf Ghani denies any rigging.