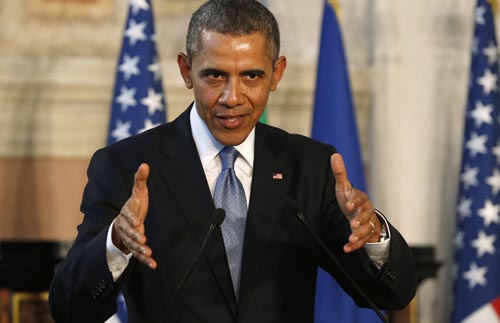 US President Barack Obama called the leaders of Ukraine and Malaysia on Thursday to discuss the shooting down of an airliner carrying 298 people over rebel-held eastern Ukraine.

Obama spoke to Ukrainian President Petro Poroshenko and Malaysian Prime Minister Najib Razak as he flew to New York on Air Force One, amid a crisis over the downing of the Boeing 777 plane operated by Malaysia Airlines. White House spokesman Josh Earnest told reporters further details of the call would be released later Thursday. -thenews