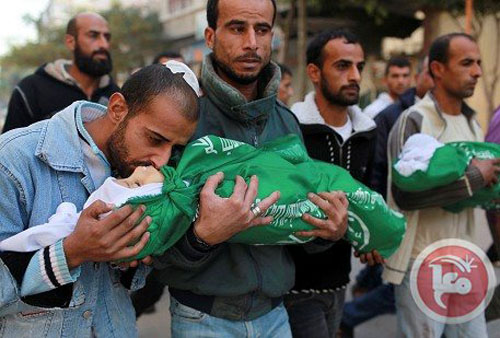 Many Palestinian families fled the Shujayea neighbourhood in the east of Gaza City after a sleepless night that witnessed the heaviest bombardment of the 13-day Israeli assault on Gaza. Heavy tank and artillery shelling left at least 72 people dead, most of them women and children, and over 200 injured, according to Palestinian health ministry sources.

At least 540 Palestinians have been killed since the start of Israel’s “Operation Protective Edge” on July 8, of which, the UN says, the majority were civilians. At least 20 Israelis, mostly soldiers, have also been killed. Al Jazeera’s Nicole Johnston, reporting from Gaza City, said that shelling continued across different areas of the Gaza Strip.

“The people from those neigh bour hoods [in the Gaza’s east] say that their homes, their district has been destroyed and they’re seeking shelter inside Gaza City,” said our correspondent. She said that the Gaza health ministry confirmed that a family home was hit by tank shelling and 17 people were killed, including women and children, in Khan Younis, while a four-storey building was hit in Rafah, killing up to nine people, including four children and an eight-month-old baby.  -aljazeera