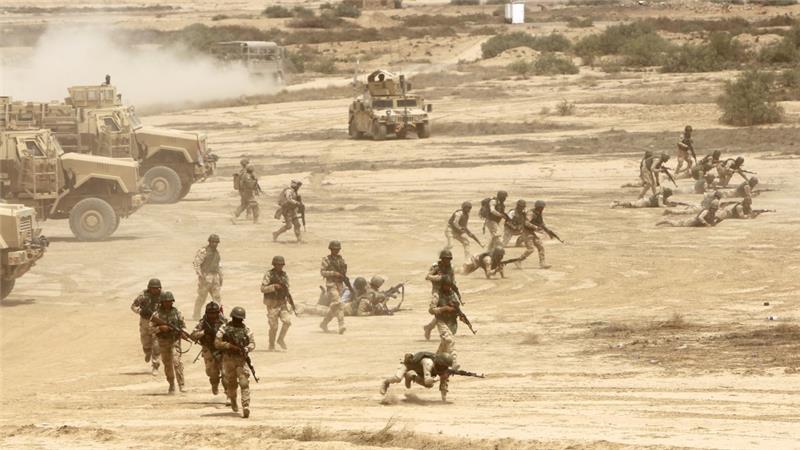 US to send hundreds of extra troops to train Iraqi army

US President Barack Obama has ordered the deployment of up to 450 more US troops to Iraq to advise and assist local forces in an effort to reverse the recent gains of the Islamic State of Iraq and the Levant (ISIL).

Under the plan, the United States will open a fifth training site in Iraq, with the goal of integrating Iraqi Security Forces and Sunni fighters. The immediate objective is to retake the city of Ramadi, seized by ISIL last month.

Obama made the decision at the request of Iraqi Prime Minister Haider al-Abbadi and based on advice from Pentagon leaders, the White House said. The US troops will not be used in a combat role. “These new advisers will work to build capacity of Iraqi forces, including local tribal fighters, to improve their ability to plan, lead, and conduct operations against ISIL in eastern Anbar under the command of the prime minister,” Josh Earnest, a White House spokesman, said. The plan is not a change in US strategy, the administration says, but addresses a need to get Sunnis more involved in the fight, a much-cited weakness in the current mission.

“Washington keeps pressuring Baghdad to be more inclusive in its policies, but the reality is that it takes time to bridge the sectarian differences that were aggravated during the Maliki years,” Al Jazeera’s Rosiland Jordan reported from Washington DC, referring to Nouri al-Maliki, the former Iraqi prime minister. Questions remain about the Shia-led Iraqi government’s commitment to recruit fighters, especially among Sunni tribesmen, to oust ISIL from Ramadi and Fallujah, a nearby city the rebels have held for more than a year. Up to now, Iraqi officials have chosen to deploy most US-trained Iraqi troops in defensive formations around Baghdad, the capital.  The new training site will be at al-Taqqadum, a desert airbase that was a US military hub during the 2003-2011 war. The additional troops will include advisers, trainers, logisticians and security personnel. There now are nearly 3,100 US troops in Iraq involved in training, advising, security and other support roles. The US also is flying bombing missions as well as aerial reconnaissance and intelligence-gathering missions against ISIL forces, while counting on Iraqi ground troops to retake lost territory.

The expanded effort will also include delivering US equipment and arms directly to al-Taqqadum, not unilaterally but under the authority of the government in Baghdad. Thus it will not represent a change in the US policy of providing arms only through the central government. The US already is training Iraqi troops at four sites – two in the vicinity of Baghdad, one at al-Asad airbase in Anbar province and one near Erbil in northern Iraq. There is another training centre for special operations forces near Baghdad.