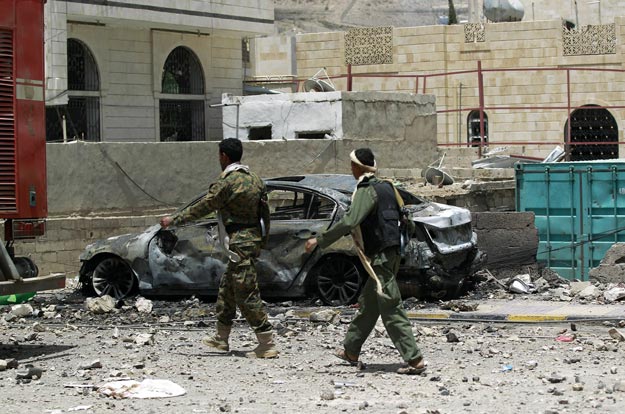 The Islamic State group claimed an attack on two Huthi rebel leaders in Sanaa on Monday night that medics said had killed at least 28 people, including eight women.

The car bomb attack targeted Huthi rebel chief brothers Faycal and Hamid Jayache during a gathering to mourn the death of a family member, a security source said.

Huthi rebels closed down the surrounding area in the centre of the city after the attack, only allowing through emergency services to help evacuate the victims, witnesses said. In a statement posted online,

The Islamic State group said it had organised the attack on what it called a “Shiite nest” in the Yemeni capital. The extremist Sunni jihadist group considers Shiites as heretics and has frequently targeted them in attacks in several countries.- AFP