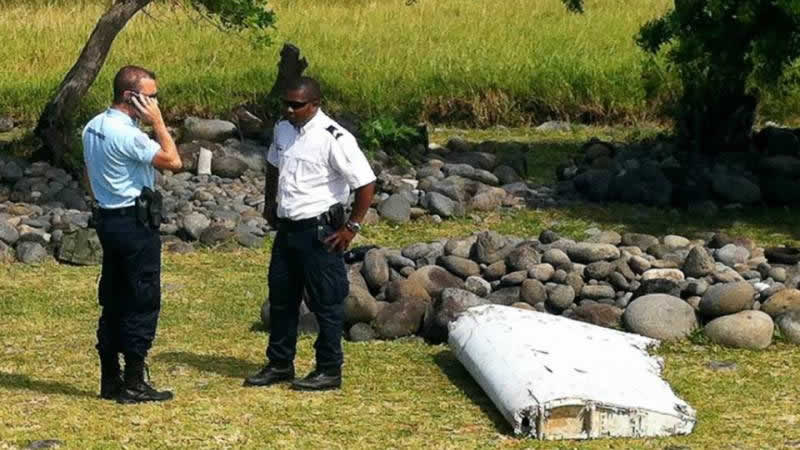 Debris found on a remote island a week ago is from flight MH370, Malaysia’s prime minister said Thursday, confirming that the plane which mysteriously disappeared 17 months ago met a tragic end in the Indian Ocean.

“Today, 515 days since the plane disappeared,  it is with a very heavy heart that I must tell you that an international team of experts has conclusively confirmed that the aircraft debris found on Reunion Island is indeed from MH370,” Najib Razak told reporters.

French prosecutors used more cautious language, saying only there was a “very high probability” the wreckage came from MH370, and that they intended to do more tests before making a definitive conclusion. The Malaysia Airlines jet disappeared on March 8 last year, inexplicably veering off course en route from Kuala Lumpur to Beijing with 239 people on board. The disappearance created one of the biggest mysteries in the history of aviation, sparking a colossal, multinational hunt for the aircraft and a myriad of conspiracy theories about its fate. Last week’s discovery of a two-metre-long (almost seven-foot) wing part called a flaperon on the French Indian Ocean island of Reunion provided the first glimmer of hope for relatives desperate for answers. It was examined on Wednesday at a military lab outside the French city of Toulouse in the presence of Malaysian and Australian experts, Boeing employees and representatives from China — the country that lost the most passengers in the disaster.

“We now have physical evidence that, as I announced on 24th March last year, flight MH370 tragically ended in the southern Indian Ocean,” Najib said. Malaysia Airlines hailed the news as a “major breakthrough”. “We expect and hope that there would be more objects to be found which would be able to help resolve this mystery,” said the airline in a statement.  Australian authorities, who have been leading the massive search for the plane, on Thursday also expressed optimism that the main part of the plane would be found. “We’re confident that we’re looking in the right area and we’ll find the aircraft there,” Martin Dolan, chief commissioner of the Australian Transport Safety Bureau, told ABC radio. Sara Weeks, the sister of MH370 passenger Paul Weeks of New Zealand, said the confirmation ended “a week of turmoil”. “We’ve had 17 months of nothing… so actually finding something is the first step towards pinpointing where it is,” Weeks told the Fairfax New Zealand media group.

Some families said the confirmation was not enough to lay the matter to rest, as they reiterated demands to know why the plane went off course, flying for hours after its communications and tracking systems were shut down. Many relatives accuse Najib’s government and the airline of a bungled response to the disaster, possible cover-up, and insensitive treatment of families, charges that have been vehemently denied. In China — where relatives of MH370 passengers have consistently expressed beliefs that their loved ones are alive, despite the mounting evidence of a fatal crash — many congregated outside the Beijing offices of Malaysia Airlines to reject the latest news. “I don’t believe this latest information about the plane, they have been lying to us from the beginning,” said Zhang Yongli, whose daughter was on the plane. “I know my daughter is out there, but they won’t tell us the truth,” he added, waving Chinese and Communist Party flags.