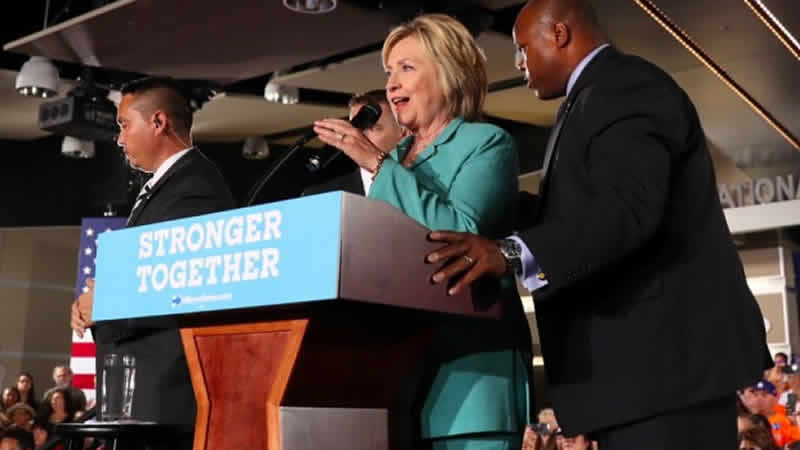 The protesters held signs and chanted to protest the treatment of animals, prompting four agents to encircle Clinton, who never appeared to be in danger. It’s the first time agents from Clinton’s detail have rushed the stage to protect her.

Agents have run up to protect Republican nominee Donald Trump and Clinton’s primary challenger, Bernie Sanders , at rallies earlier in the 2016 race. Clinton looked to use the moment Thursday as an opportunity to take a jab at Donald Trump, whose sons are avid hunters.

You keep talking. Apparently people are here to protest Trump because Trump and his kids have killed a lot of animals,” Clinton said, smiling.

Ready For Talks With India Maintaining Respect And Dignity Nisar