FBI: No Charges Against Hillary Clinton Over Emails 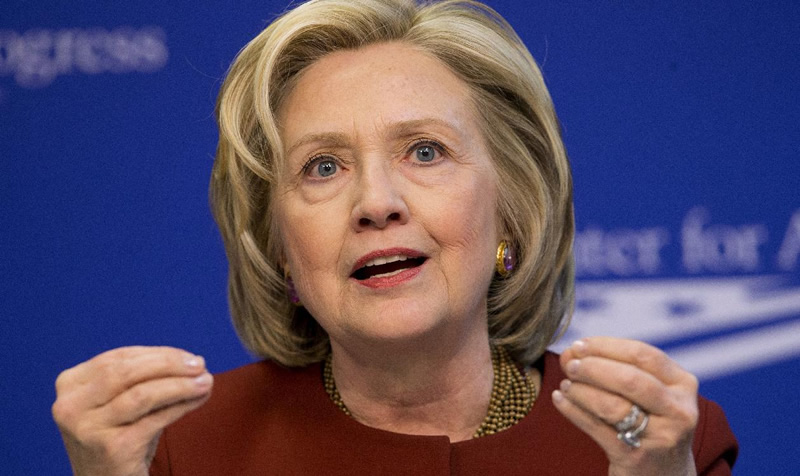 FBI: No charges against Hillary Clinton over emails

FBI Director James Comey has told Congress a review of new Hillary Clinton emails has “not changed our conclusions” from earlier this year that she should not face charges.

Comey sent the letter on Sunday, just two days before the US presidental election. It followed one he sent last week saying agents would be reviewing newly discovered emails that may be connected to Clinton. They were found on the device of Anthony Weiner, the disgraced congressman and estranged husband of Clinton’s close aide Huma Abedin.

Clinton’s Republican rival Donald Trump quickly responded to Comey’s latest announcement, saying Clinton is protected by a “rigged system”. Since Comey dropped the bombshell that a review of Clinton’s state department email practices would be revisited after new messages were uncovered, “the FBI investigative team has been working around the clock,” Comey said in a widely circulated letter to lawmakers. During that process, we reviewed all of the communications that were to or from Hillary Clinton while she was secretary of state.

Read More: A Look Back at Hillary Clinton Years as America’s Top Diplomat

Based on our review, we have not changed our conclusions that we expressed in July with respect to secretary Clinton.” Her campaign communications director Jennifer Palmieri welcomed the move. “We are glad to see that he has found, as we were confident that he would, that he’s confirmed the conclusions that he reached in July,” Palmieri told reporters travelling with the candidate.

And we’re glad that this matter is resolved.” Clinton holds a five-point lead over Trump in the latest Washington Post-ABC Tracking Poll released early Sunday. In a Post-ABC poll on Friday, Clinton had led Trump by 47 percent to 44 percent. Clinton had an advantage in affirmative support, the poll said, with 55 percent of backers saying they are mainly supporting her, compared with 43 percent of Trump voters. More Trump voters say they “mainly oppose Clinton”. aljazeera