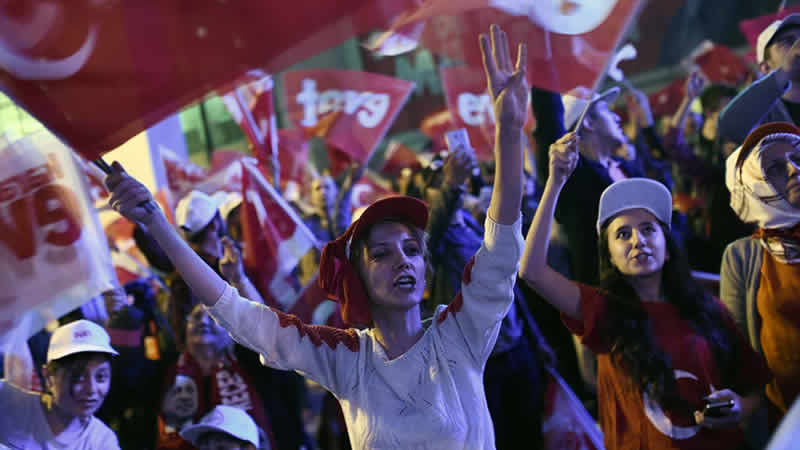 Turkey s two main opposition parties on Sunday said they would challenge the results putting the Yes camp ahead in the referendum on expanding the powers of President Recep Tayyip Erdogan after alleged violations.

The pro-Kurdish Peoples Democratic Party (HDP) said that whatever the final result, it would challenge two-thirds of the vote, saying: “There is an indication of a 3-4 percentage point manipulation of the vote.”

The deputy head of the Republican People s Party (CHP), Bulent Tezcan, denounced “violations” by the election authorities in allowing ballot papers without an official stamp to be used. Another CHP deputy head, Erdal Aksunger, said it could appeal up to 60 percent of the vote.

“Believe me, this election is not over,” he told CNN Turk, quoted by the Dogan news agency. “This is totally invalid. We are declaring this here.”

He said that the CHP was appealing 37 percent of the ballot box results, and this figure could eventually rise to 60 percent. “Since the morning, we have detected violations,” he said. Turkish media said that CHP leader Kemal Kilicdaroglu was convening a special meeting of its executive board.