Pentagon hushes up data on Taliban in Afghan war: watchdog 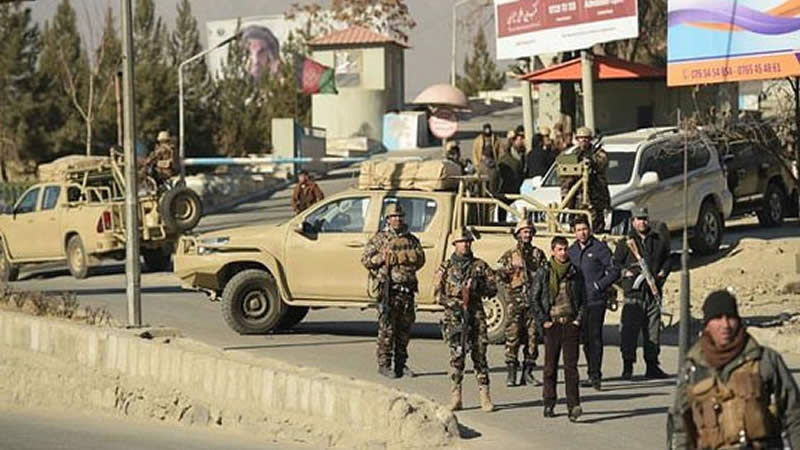 A US government watchdog said Tuesday the Pentagon has barred it from disclosing how much of Afghanistan is under Taliban control — a significant break from past accountability that comes amid mounting security woes in the war-torn nation. At issue are the number of Afghan districts, and the populations living in them, considered to be held or influenced by the Kabul government by insurgents or contested by both.

The US government has sometimes referred to such numbers in the 16-year-old war to show how the Afghan security forces are faring against a resurgent Taliban. But in a report published Tuesday, the US government’s office of the Special Inspector General for Afghanistan Reconstruction (SIGAR) said the Pentagon had instructed it to no longer disclose the numbers. “This development is troubling for a number of reasons, not least of which is that this is the first time SIGAR has been specifically instructed not to release information marked ‘unclassified’ to the American taxpayer,” wrote the special inspector, John Sopko, in SIGAR’s latest quarterly report. The move comes months after Washington last year agreed to an Afghan request to classify data on the number of Afghan security forces killed or wounded in the conflict. SIGAR said the Pentagon had also asked its office, for the first time since 2009, to classify the figures detailing the size and attrition rates of Afghan security forces. The Pentagon did not dispute that the data had been restricted, but denied it was the agency that had told SIGAR not to publish them, instead pointing to the US-led NATO mission in Afghanistan.

“In this case, NATO’s Resolute Support, as the original classification authority, made a classification determination that restricted the public, unclassified release of the information,” said Lieutenant Colonel Mike Andrews, a Pentagon spokesman. General John Nicholson, who commands US and NATO forces in Afghanistan, has said 80 percent of the Afghan population can be under government control within about two years, up from less than two thirds today. But tracking progress toward such a goal would be difficult without any numbers being released. “Historically, the number of districts controlled or influenced by the government has been falling since SIGAR began reporting on it, while the number controlled or influenced by the insurgents has been rising,” Sopko said.

He added that this “fact that should cause even more concern about its disappearance from public disclosure and discussion.” Militants including the Taliban and the Islamic State group have stepped up their attacks on beleaguered Afghan troops and police in recent months, sapping morale already hit by desertions and corruption. On Saturday, a Taliban suicide attacker driving an explosives-packed ambulance blew it up in a crowded area of the capital, killing at least 103 people — mainly civilians — and wounding 235 in one of the worst bombings in the city in recent years. On January 20, Taliban fighters stormed Kabul’s landmark Intercontinental hotel and killed at least 25 people, the majority of them foreigners, in an assault lasting more than 12 hours. And on Monday, gunmen and suicide bombers launched a pre-dawn attack claimed by IS on a military compound in Kabul, killing at least 11 soldiers and wounding 16.