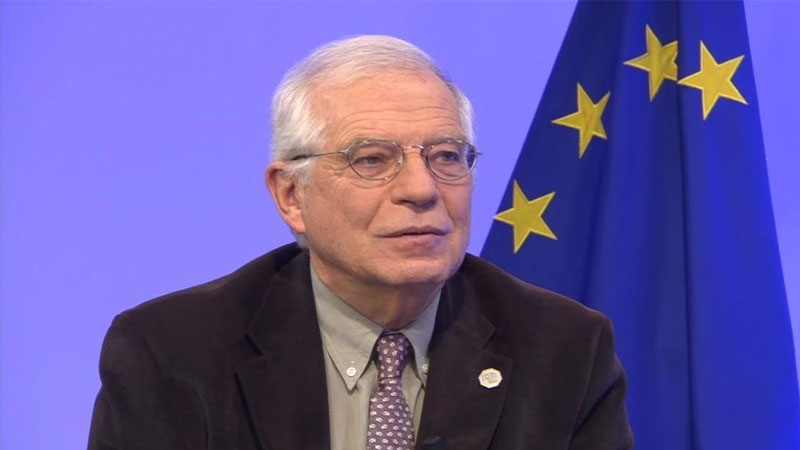 The leaders of Europe are hoping to guide the United States and Iran away from confrontation, knowing that a miscalculation from either side could result in a devastating war and a serious nuclear proliferation crisis.

European Union foreign ministers are set for a rare emergency meeting on Friday afternoon, but will be wary about meting out any diplomatic punishment amid signs of de-escalation from Washington and Tehran following the US killing of an Iranian general in Baghdad, and Tehran’s retaliatory missile attack on two US bases in Iraq.

Their discussions will begin with the “evolving situation” in Libya, according to an EU briefing note, before moving on to the latest in Iraq.

If it is proven that a Ukrainian airliner was this week downed by an Iranian missile, that will likely complicate matters again for the diplomats. On Monday, EU foreign affairs chief Josep Borrell tweeted his regret at Iran’s decision to step away from more aspects of the nuclear deal, which, he said, was “now more important than ever”.

And European Commission President Ursula von der Leyen said this week: “From a European viewpoint, it is important for Iran to return to the nuclear deal. We have to convince Iran that it’s also in its own interest.”

But the simmering tensions have highlighted Europe’s struggles to influence either side and play a mediating role with the United Kingdom, France and Germany desperately trying to pressure Iran to stick to the landmark 2015 nuclear pact.

But Iran’s decision on Monday to scrap limits imposed on its nuclear enrichment under the arms control accord has also left the European powers in an awkward position.

Iran, which says its nuclear programme is for civilian purposes, has already breached many of the restrictions under the deal, intended to increase the amount of time Tehran would need to accumulate enough fissile material for an atomic bomb from two to three months to about a year.

hey have agreed to launch a dispute resolution process within the accord that could ultimately lead to renewed UN sanctions on Tehran, but have hesitated on the timing following this week’s tensions, fearing that Iran may react more aggressively.

Despite its nuclear announcement, Tehran has said inspectors from the international nuclear watchdog, the IAEA, can continue their inspections, leaving some room for diplomacy.

“Iran has not set any targets or deadlines when it comes to uranium enrichment targets, so that gives us time,” a second EU diplomat said.

A third EU diplomat said the decision to launch the process had been made, but that Friday was unlikely to see any such formal announcement.

“There is a concern that it could trigger an Iranian escalation,” said a European diplomat.

“We have made it clear that our objective in doing this is to resolve our differences over Iran’s violations within the framework of the nuclear deal. Launching this process is not aimed at going to the UN for now.”- Aljazeera