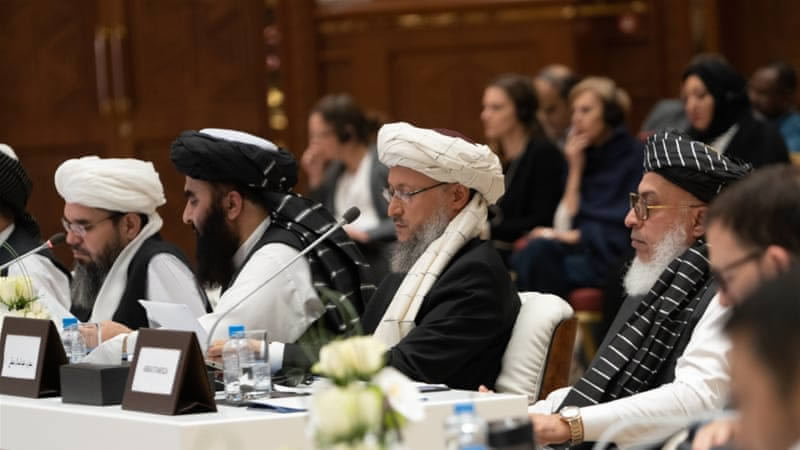 The Afghan Taliban in principle have agreed to join an “inclusive government” to be formed with consensus following the intra-Afghan talks scheduled to take place in Norway in the second week of March, officials familiar with the development said on Sunday, a day after the historic agreement signed between the US and Taliban in Doha.

The four-page deal has envisaged a timeframe for US troops withdrawal, release of prisoners, intra-Afghan talks and Taliban guarantees about not allowing Afghan soil to be used again by terrorist groups.

But Taliban and the US have reached understanding on certain other issues, which were not made part of the agreement. One of the commitments given by Taliban during the year and half long negotiations with the US is that the insurgent group is ready to share power with other Afghan factions for an “all-inclusive government”.

“This is a major breakthrough,” said a source, who is aware of behind the scene talks between the US and Taliban. The source said Taliban had long resisted agreeing to an all-inclusive government since they considered themselves as legitimate rulers. But the US along with Pakistan as well as other players successfully convinced them to join the inclusive government.

The Afghan Taliban conveyed to the US that they would join the intra-Afghan dialogue only if President Ashraf Ghani dropped his government’s plan to start a fresh five-year term after the controversial presidential elections. It was because of this reason Ambassador Zalmay Khalilzad rushed to Kabul when just two days before the signing of US-Taliban deal, Ghani announced his inauguration. At the same time his rival Dr Abdullah Abdullah planned a separate oath taking ceremony since he contested Ghani’s victory and declared himself a winner.

After US pressure, Ghani delayed the oath taking ceremony to allow deal to be signed between the US and Taliban.

Diplomatic sources said that the US and other stakeholders were pushing Ghani to first wait for the outcome of intra-Afghan dialogue before starting his fresh tenure.

Sources said that the US believes that an interim government comprising all parties including Taliban should be formed through intra-Afghan dialogue.

A senior US administration official while briefing reporters in Washington confirmed that the US asked Ghani to delay his inauguration for an “inclusive government arrangement”.

“We’re trying to bring the Taliban off the battlefield into a political process. So if that’s successful, then there’ll be a new arrangement prior to five years,” the official added.

When asked what if President Ghani digs in his heels and insists on forming a fresh government regardless of the outcome of Oslo talks, the official replied: “I think there’s a lot of interest on the part of all Afghan stakeholders and the international community to encourage the Afghans to reach a mutually agreed outcome”.

Many believe the success of US-Taliban deal clearly hinges on the outcome of intra-Afghan dialogue. The major challenge is not just to bring all Afghan players on the table but also to evolve consensus for the future of Afghanistan.

There are indications that the road to peace will surely be bumpy as President Ghani on Sunday said his administration would not release thousands of prisoners, as agreed between the US and Taliban, ahead of the intra-Afghan dialogue.

Pakistan has already warned the US that there are elements within Afghanistan and outside who may try to sabotage the peace process.

Senator Mushahid Hussain Sayed, the chairman Senate standing committee on foreign affairs, was confident that the US would be able to exert its influence on all Afghan players to join the intra-Afghan talks.

He said President Trump would do whatever it takes to bring some semblance of stability in Afghanistan before going for re-election later this year.