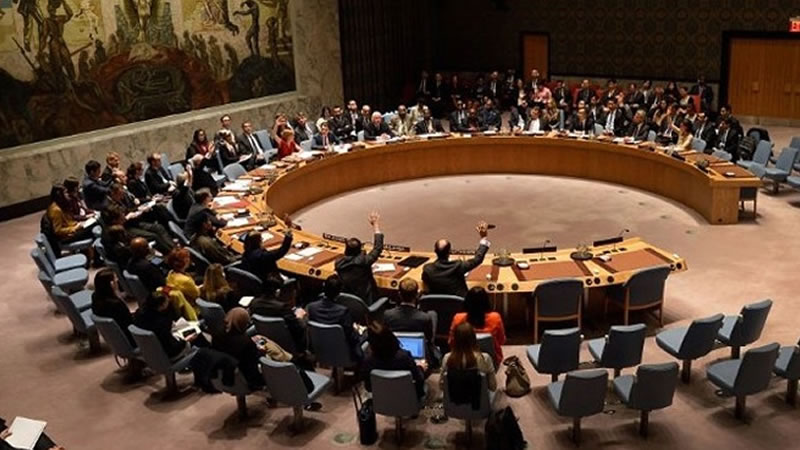 The UN Security Council (UNSC) has strongly condemned the “heinous and cowardly” terrorist attack on the Pakistan Stock Exchange in Karachi this week that killed at least eight people.

Diplomatic sources said that India tried to block the statement through its allies in the 15-member body but failed.

“The members of the Security Council condemned in the strongest terms the heinous and cowardly terrorist attack that took place in Karachi, Pakistan, on June 29, which resulted in several people killed,” the UNSC said in a statement adopted by consensus.

The members of the Security Council “underlined the need to bring perpetrators, organisers, financiers and sponsors of these reprehensible acts of terrorism to justice”.

The UN body urged “all states, in accordance with their obligations under international law and relevant Security Council resolutions, to cooperate actively with the government of Pakistan and all other relevant authorities in this regard”.

The UNSC said that the member states also expressed their deepest sympathy and condolences to the families of the victims and wished a speedy and full recovery to those injured.

Four terrorists who attacked the stock exchange building were also killed. A police officer and two security guards also lost their lives while defending the facility. The Baloch Liberation Army claimed responsibility for the attack.

The statement, which was prepared and circulated to the Council members by China, was introduced on Tuesday. But Germany and the US sought some technical clarification at the last moment, delaying its adoption till Wednesday afternoon.

India also launched an intensive effort to block the statement but it collapsed in the face of widespread condemnation of the terrorist act in Pakistan by the UN Secretary-General Antonio Guterres, the General Assembly President, Tijjani Muhammad Bande, and most of the Council members.

In the statement, UNSC members “reaffirmed that terrorism in all its forms and manifestations constitutes one of the most serious threats to international peace and security”.

The members reiterated that any acts of terrorism were criminal and unjustifiable, regardless of their motivation, wherever, whenever and by whomsoever committed.