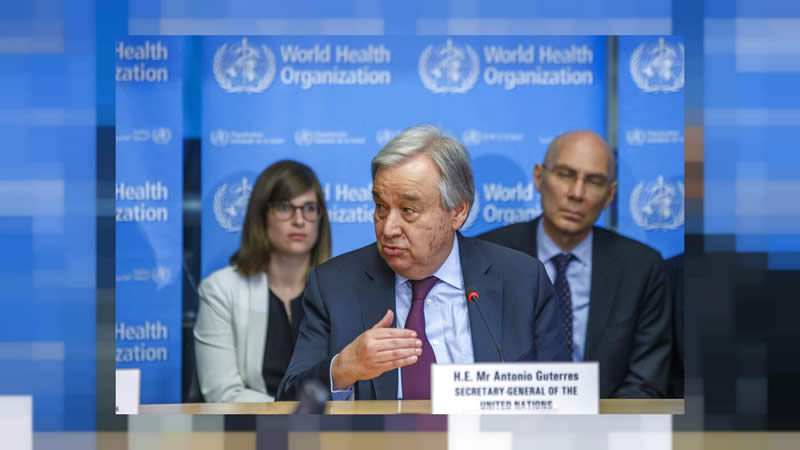 The United Nations has launched a new initiative to foster behaviour change and counter the spread of misinformation regarding COVID-19 disease.

The campaign, called Pause, asks digital users to take the time to think about what they share before posting it online.

“Misinformation is spreading faster than the virus itself, and is seriously disrupting public health efforts by dangerously distorting sound scientific guidance. It is designed to exploit our emotions and biases at a time of heightened fear,” said UN Secretary-General António Guterres in a statement.

“But there are ways users can learn to recognise bad information and slow the spread. We are aiming to have the phrase, ‘Pause, take care before you share’, become a new public norm.”

A range of media companies around the world, including Al Jazeera, Deutsche Welle, Euronews, France Médias Monde, MultiChoice Africa and StarTimes, are distributing Pause content on TV channels, online and via SMS.

Major social media platforms, including Facebook, Twitter, Google (YouTube) and TikTok, have also committed to promoting Pause, while indicating a willingness to scale up their ongoing efforts to suppress the circulation of misinformation.

“Just as social distancing slows the spread of the virus, behaviour changes around sharing will go a long way to slow the spread of misinformation. But it can only be meaningfully halted if there is no place for misinformation on social media platforms.”

Pause draws on research from psychologists, neuroscientists and behavioural scientists whose studies indicate that pausing to reflect before sharing can significantly help reduce the spread of unverified and misleading information. The campaign will challenge people to break the habit of sharing shocking or emotive content impulsively and without questioning its accuracy.