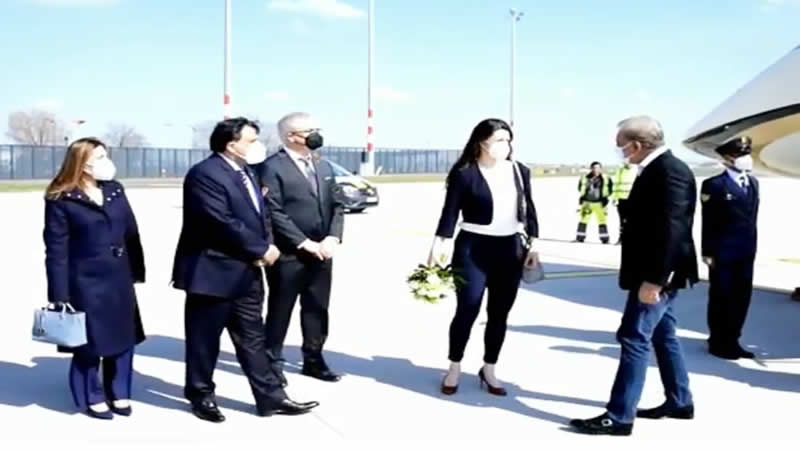 Foreign Minister Makhdoom Shah Mahmood Qureshi on Sunday arrived in Berlin, Germany, along with members of his delegation on a two-day official visit.

Upon arrival at the airport, the foreign minister was received by Pakistan’s Ambassador to Germany Dr Muhammad Faisal, senior officials of the German Foreign Office, and senior members of Pakistan embassy, a press release said.

Talking to media after his arrival, the foreign minister said that during his visit he would also hold meetings with business leaders and members of the Pakistani community, apart from German officials.

He said more than 100,000 Pakistanis had been living in Germany and playing a positive role for both countries. The foreign minister said that Pakistan wanted to expand economic ties with Germany and transfer of technology.

He said that he would also meet the president of German parliament during the visit.

According to a Foreign Office spokesperson, on the invitation of Foreign Minister of Germany, Heiko Maas, Mr Qureshi was undertaking an official visit to the country.

This year, Pakistan and Germany are celebrating the 70th anniversary of establishment of diplomatic relations. Both countries plan to undertake a number of activities in this context.

Pakistan and Germany have been collaborating closely on regional matters and at the multilateral fora.

Germany is Pakistan’s largest trading partner in the EU.

The foreign minister’s visit to Germany is part of regular high-level exchanges between the two countries.