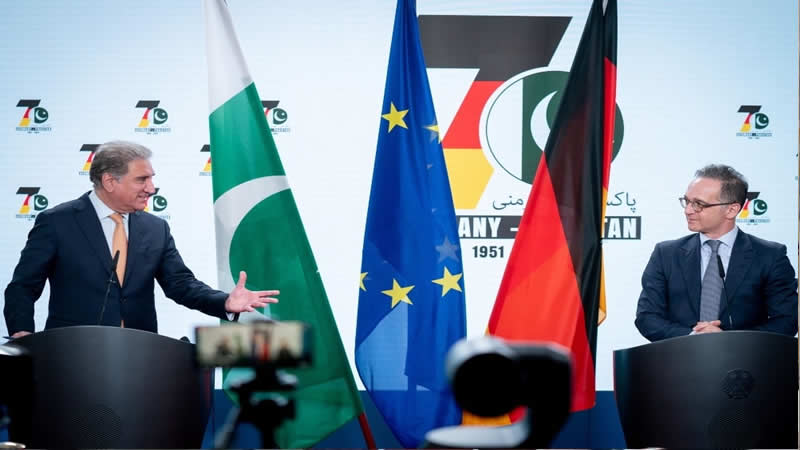 He expressed satisfaction over the interest of 35 German companies which were ready to make investment in Pakistan.

He mentioned a constructive discussion was held with Mr Qureshi on diverse matters and added that Germany wanted to build up cooperation with Pakistan.

Mr Qureshi welcomed the plans of new German investment in Pakistan and highlighted that the country’s shift in policy from geo-politics to geo-economics could turn out to be a “great opportunity for German companies”.

He said that incentives announced by the Pakistan government for foreign investors would make the country a hub of regional trade.

He said Pakistan could benefit from Germany in technology transfer and the projects relating to supply and production of electric vehicles were in line with the government’s policy of safe and green climate. He lauded Ger­many’s role in helping Pakistan achieve the GSP Plus status in the European Union and its opposition to politicising of Financial Action Task Force (FATF).

Mr Qureshi thanked Germany for supplying 50 million doses of Covid-19 by May and mentioned that Pakistan as a population of 220 million population would require more doses in future.

He said German Chancellor Angela Merkel did a great job in the development of Germany, adding that Prime Minister Imran Khan was keen to visit Germany. Mr Qureshi said that in his meeting with his German counterpart he discussed ways to overcome delays in visa issuance.

He said the positive role of Pakistani diaspora in Germany also came under discussion with an agreement to legally sort out the issue of immigrants.

On Afghanistan, Mr Qureshi said that Germany had played an important role in bringing stability to Afghanistan and vowed that Pakistan would remain in touch on the issue at every forum, be it the Istanbul Peace Process or Doha forum.