Govt may ban travellers from more countries after India 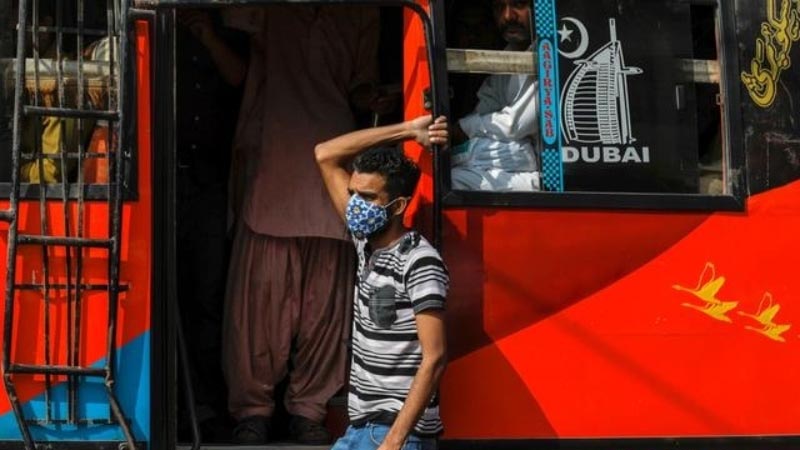 The National Command and Operation Centre (NCOC) for Covid will meet again on Wednesday (today) to consider putting restrictions on the entry of passengers from more countries after slapping a ban on India to prevent spread of the Indian variant in Pakistan through any other country.

The NCOC will also take stock of the grim situation as the number of active cases in the country has already surpassed the 80,000 mark, while 137 deaths from the coronavirus were reported in a single day, increasing the death toll in less than three weeks to 1,923.

Currently, there is a ban on travellers from 23 high-risk countries to prevent the spread of deadly Covid variants, while people from as many as 20 countries are allowed to enter Pakistan without any Covid-related restriction. For travellers coming from all the other countries, a negative Covid-19 PCR test is mandatory before the travel date.

The NCOC in its last sitting was briefed about the spread of the new Indian variant (double mutant variant) — considered responsible for the present surge in cases in India — after which it decided to include India in the list of C-category countries for two weeks, prohibiting entry of inbound passengers from India via air and land routes. An official statement issued after the Monday meeting said: “In view of the presence of Indian virus in other countries, a review of category C countries will be carried out on Wednesday (April 21).”

As the body will meet again today to review the situation, some more countries are expected to be added to the C-category list to prevent spread of the Indian virus here through these countries.

The virus has spread in a number of states of India and there is a high chance that it would reach Pakistan as both South Asian countries have huge passenger traffic with the UAE and some other countries, said University of Health Sciences (UHS) vice chancellor Prof Dr Javed Akram.

He said the Indian variant emerged in the state of Maharashtra, and so far five variations and two mutations — E484Q and L452R — had been reported in the virus.

The vice chancellor said the South African, Brazilian and UK variants were present in Pakistan but there was still no evidence about the prevalence of the Indian strain. He explained that variations came in virus when they rapidly multiplied or spread among people.

An official of the Ministry of National Health Services (NHS), requesting anonymity, said there was possibility that the Indian virus would arrive through Middle East, some Asian or European countries but it would not be easy to put them in the C-category list.

Australia, New Zealand, China, Japan, Saudi Arabia, Singapore, Tajikistan and Vietnam are among the 20 countries in A-category list, while India, South Africa, Brazil, Zimbabwe and Venezuela are among the 23 countries currently in C category with complete restriction on the entry of travellers from there, the official elaborated.

All other countries were ranked in B category with the requirement of negative Covid test for travellers, he added.

Currently, the data shows, there are 83,298 active cases in the country and 5,314 of these patients are hospitalised.

A total of 549 Covid patients were on ventilators across the country on April 20, as the NCOC data shows that 80pc of all ventilators in Mardan, Multan, Gujranwala and Lahore have been occupied.