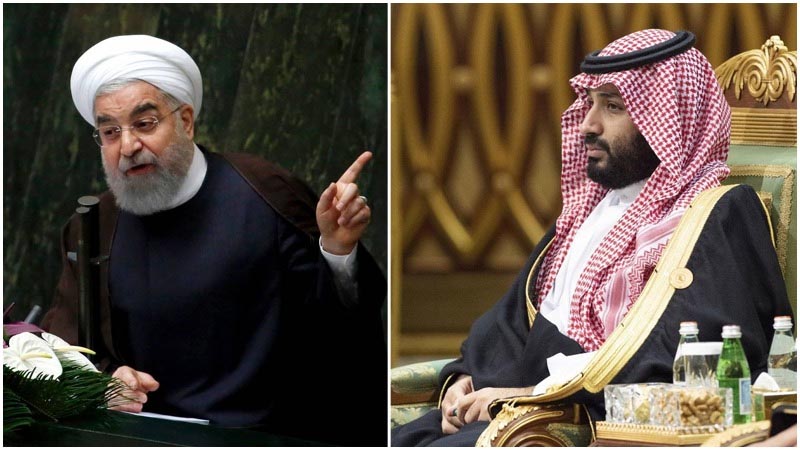 Middle Eastern rivals Saudi Arabia and Iran have been holding talks in Baghdad in recent weeks, an Iraqi government official and a Western diplomat told AFP.

The official-level meetings aim to restore relations severed five years ago between the Sunni Muslim kingdom of Saudi Arabia and the Shiite Islamic republic of Iran.

The initiative comes at a time of shifting power dynamics, as US President Joe Biden is seeking to revive the tattered 2015 nuclear deal that was abandoned by Donald Trump.

Riyadh has officially denied the talks in its state media while Tehran has stayed mum, asserting only that it has “always welcomed” dialogue with Saudi Arabia.

The Baghdad talks, facilitated by Iraqi Prime Minister Mustafa al-Kadhemi, remained secret until the Financial Times reported Sunday that a first meeting had been held on April 9.

An Iraqi government official confirmed the talks to AFP, while a Western diplomat said he had been “briefed in advance” about the effort to “broker a better relationship … and decrease tensions”.

The Saudi delegation is led by intelligence chief Khalid bin Ali al-Humaidan and the Iranian side by representatives of the secretary of the Supreme National Security Council, Ali Shamkhani, said Adel Bakawan of the iReMMO institute for Mideast studies.

Iran nuclear talks
Saudi Arabia and Iran have backed opposite sides of several regional conflicts, from Syria to Yemen, where a Saudi-led coalition is fighting the Huthi rebels.

Iran supports the Huthis, who have launched several rocket and drone attacks against Saudi targets.

The Baghdad talks come during negotiations in Vienna that aim to return the United States to the 2015 nuclear accord and persuade Iran to implement nuclear commitments it suspended in response to US sanctions.

The effort also comes as Washington-Riyadh relations have cooled from the very close ties of the Trump era, as Biden seeks to press the oil-rich kingdom over human rights concerns.

Iraq, wedged between Iran to the east and Saudi Arabia to the south, is meanwhile trying to serve as a mediator, to avoid becoming a battleground for regional powers.

The war-battered country hosts about 2,500 US troops, and Kadhemi’s government has come under intense pressure from Iran-backed paramilitary groups to send them home.

Pro-Iranian groups label the prime minister a US lackey and have launched multiple rocket attacks against Western troops and diplomats based in the country.

Tricky issues
It was in Iraq that the Trump administration ramped up tensions with Iran when a US drone strike in Baghdad early last year killed revered Iranian General Qassem Soleimani.

While Iraq then was led by prime Minister Adel Abdel Mahdi, who had brought pro-Iranian factions into the heart of the state, Kadhemi is seen as closer to the US and to Saudi Arabia.

He is a personal friend of the Saudi de facto ruler, Crown Prince Mohammed bin Salman, under whom the kingdom has pledged some $3 billion in investment in Iraq, which lacks adequate roads, power and water plants, schools and hospitals.

Before Saudi Arabia and Iran can put aside their differences, they will have to resolve a series of tricky issues, said analyst Bakawan.

For Saudi Arabia, he said, the top priorities are the Iran nuclear issue and “the ‘militia-isation’ of the Middle East, particularly in Lebanon and Syria” where Iran has supported armed groups.

For Tehran, added Bakawan, major issues include the fate of Shiites living inside Saudi Arabia and accusations of “financing by Riyadh of radical violence in countries where there is an Iranian presence”.

The sensitivity of the issues means both sides are likely to maintain silence on the Baghdad talks for now.

But, behind the scenes in Iraq, Iranians and Saudis are still there, said the analyst.

“At this very moment, small groups from both delegations are negotiating the technical details of all the issues, under the sponsorship of Mr Kadhemi,” said Bakawan.