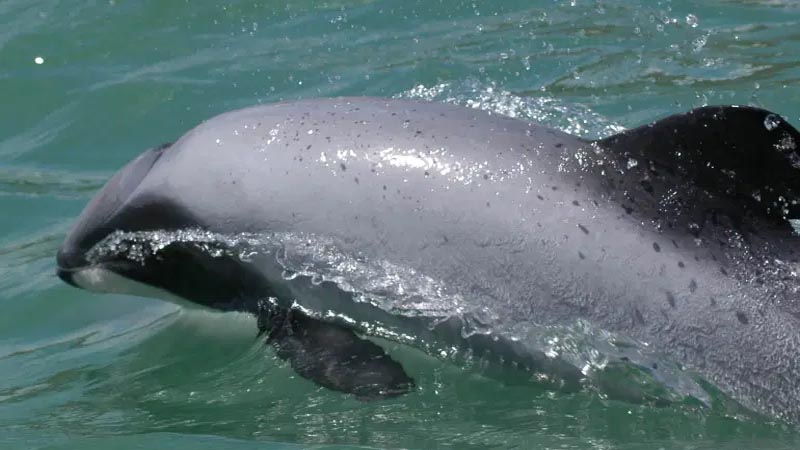 In 2018, a jack mackerel skipper mistakenly caught a pod of Māui dolphins in a purse seine net off the Taranaki coast of New Zealand’s North Island.

The fisherman faced a conundrum: While the dolphins are among the most endangered in New Zealand, if he released the net he would also be in breach of the country’s Fisheries Act and liable to a substantial fine for releasing his catch.

He decided to save the dolphins. And, in the end, avoided a fine.

The skipper worked for Sanford, New Zealand’s largest seafood company which has nearly 20 percent of New Zealand’s fishing quota. As far as the company is concerned catching a Māui dolphin is one of the worst things that can happen – second only to causing serious harm (including death) of an employee at sea.

“Māui dolphins are a national treasure – our people live out on the sea and have a real affinity to the creatures that live there. They have a huge respect for the environment, and while they mightn’t be in breach in a criminal sense, it would take a huge emotional toll on a fisherman,” Chief Operating Officer Clement Chia said.

With just 63 dolphins remaining off of the west coast of New Zealand, fishing companies Sanford, Moana, the New Zealand Government, WWF-New Zealand, scientists, and technology experts have joined forces to fund and develop a drone that is capable of finding and tracking Māui dolphins using artificial intelligence.

They hope to gather data on the dolphins’ habitat, population size, and behaviour, which could then be used to inform government policy changes to stop the decline in the population.
Developed by non-profit organisation MĀUI63, initial testing, which began in 2019, shows the AI technology can distinguish Māui dolphins from other species with more than 90-percent accuracy. Flying at an altitude of 120 metres (393 feet) with a 50x optical zoom camera, the drone can find, follow, and film for up to six hours.

The first trials started in January 2021. Flights over the coming months will be used to provide an insight into the mammals’ habitat and behaviour.

The project dates back to 2018 when University of Auckland marine scientist Rochelle Constantine realised researchers would no longer be able to track the dolphins after an aircraft used to complete annual surveys was sold to Australia.

“Only 7 percent of New Zealand is land, the rest is sea, and yet we’ve been under-equipped to study the ocean. There’s only so much money to go around,” she said.

“In the past, we had highly trained observers in a plane who would go out about once a year and report on what they saw. You had to rely on their expertise and timing. There was otherwise no visual record if sightings were questioned.”

Cheaper, safer
Aircraft and boats were costly and inefficient, and neither could gather data in the winter months due to weather conditions. Drones would be cheaper, safer for humans and ecosystems and – in theory – the data they gather could be more extensive.

Van der Boon says the technology has the potential to gather detailed data on the habitats, population size, distribution, and behaviour of the dolphins, which can be used for risk modelling and policy development.

Ministry for Primary Industries Director of Investment Programmes Steve Penno says the government provided funding for the project because it was an innovative approach to a problem affecting a national treasure.

“The details around the project, including how the information will be made available, are being worked out by MĀUI63,” he said.

Such detailed information has raised concern that it could be misused or exploited, perhaps by fishing or tourism companies for commercial gain.

Sanford’s Chia says the data is of no commercial use and stresses the company has no creative or economic stake in the project.

“For us, the environment is important,” he said. “We don’t want to be the company that catches an animal that’s under threat. It’s not good for us and the industry reputationally and ethically. We want to do better, to work in a sustainable way, and to use the latest technology. It’s a win-win.”
The Māui population was drastically depleted in the 1970s as more people began to use gillnets in shallower waters, and dolphins died from suffocation after getting trapped in the nets. It was not until the 1980s, however, that conservationists realised the extent of the decline, and found the population was just a few hundred.

Constantine notes fishing is not the only threat to the dolphins.

Dangerous parasite
The biggest risk is death by toxoplasmosis – a parasite found in cat faeces.

“The parasite can only complete its life cycle via cats – there may be a billion parasitic cysts in a single cat [faeces],” she said.

“The parasite can survive weathering conditions and is virtually indestructible. Once it gets into our waterways it’s ingested by fish, which in turn is eaten by dolphins. From there it’s said to cause organ failure and it attacks the brain.”

The parasite also affects humans, where it can cause flu-like symptoms and serious problems for unborn babies.

In 2013, former politician Gareth Morgan made waves internationally when he tried and failed to introduce the eradication of wild cats into the New Zealand political arena. Despite the potential impact on humans, “it’s no surprise now that there is no political appetite to kill cats,” Constantine said.

The drones may help address the problem, however.

“It will show the dolphins’ migrating patterns, where runoff or [the problem areas where Toxoplasma gondii] is located, and where and when there’s a significant overlap between the two.

“This data could, if used appropriately, help halt the decline towards extinction for the Māui dolphin, and suppose we start using it for other threatened marine animals, it could be a complete game-changer for conservation,” Constantine said.
The technology’s potential has helped bring together the unprecedented grouping of civil society, science and government.

WWF-New Zealand CEO Livia Esterhazy says each party may have conflicting interests but the data will move the country forward.

“Conservation often gets left behind. The time taken for consultation or trying to ascertain the best approach is time where these animals become more under threat. ‘Business as usual’ isn’t an option any more,” she said.

“Our vision is for people to live in harmony with nature. We want to ensure these precious creatures are protected, but we also want to ensure people can continue to fish, within boundaries that ensure a sustainable environment. We may all sit in different camps but this data will move us forward. It’s incredibly exciting.”