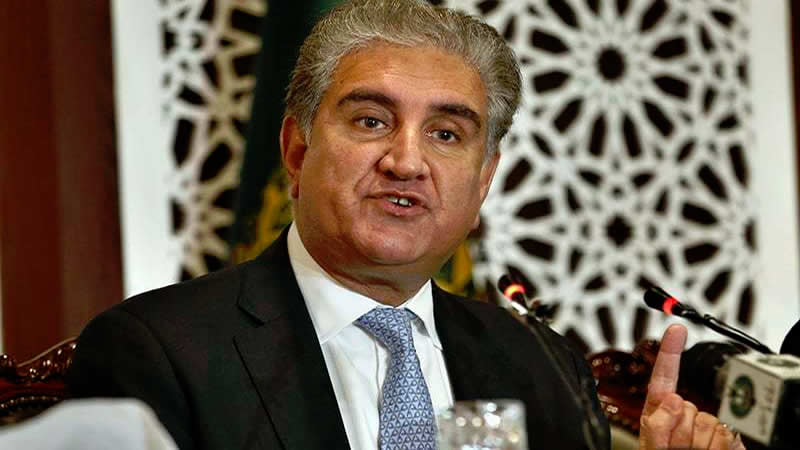 The Parliamentary Committee on Kashmir on Wednesday urged the United Nations, World Health Organisation and International Committee of the Red Cross to set up an international humanitarian medical corridor to help provide medical support to the people of India-held Kashmir (IHK).

The call was made during an emergent session of the committee held in view of the fast deteriorating Covid-19 situation in IHK.

Addressing the meeting, Foreign Minister Shah Mahmood Qureshi said that the primary concern was humanity and a global answer was required to deal with the pandemic.

“Situation in India is delicate and being a neighbour, Pakistan is concerned. Pakistan offered assistance due to the challenging situation. We have not received any response from India yet. Illegally Indian Occupied Jammu and Kashmir (IIOJK) is also suffering and we feel very strongly as we are connected to them historically and religiously,” he said.

Mr Qureshi said Pakistanis were ready to help India despite a challenging situation in their own country.

Kashmir Committee chairman Shehryar Khan Afridi, who was presiding over the meeting, presented a detailed report on the deteriorating medical system in India as well as IIOJK and called upon the world community to intervene on humanitarian grounds.

Giving an overview of the crisis in India, Mr Afridi said that reported active cases in India were over 3.487 million. So far 226,188 deaths have been reported with additional 350,000 cases every day, he added.

Mr Afridi said there were only 13,000 litres of oxygen per minute which, the experts say, was too low to cater to the ongoing rise in the cases. He said health facilities in held Kashmir were deteriorating and the occupation regime had provided little help to the people of the region.

Mr Afridi said the request for setting up an international medical corridor on humanitarian grounds “comes from the entire nation” as the Kashmir Committee had representation of all political parties of Pakistan.

Later, the committee passed a unanimous resolution asking the UN, WHO, ICRC and other organisations to intervene and set up an international medical corridor for providing medical assistance and supplies of medicines to the people of occupied Jammu and Kashmir.