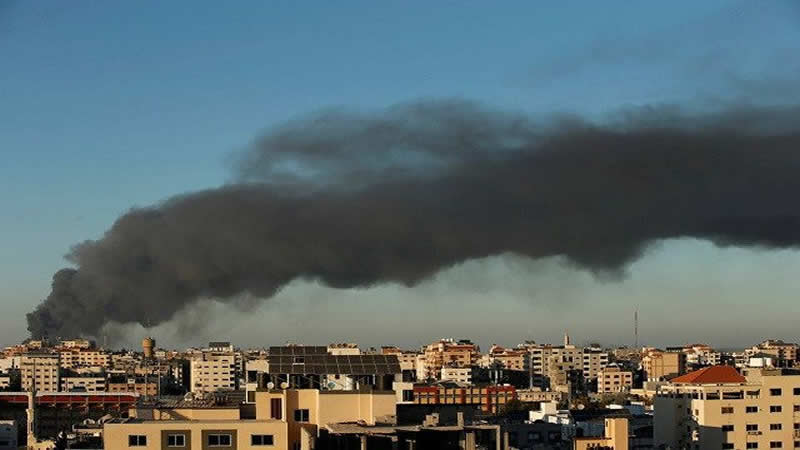 The Foreign Ministers of the Organisation of Islamic Cooperation (OIC) in their emergency meeting on Sunday condemned what they described as “barbaric” Israeli attacks on Palestinians and urged the UN Security Council to act swiftly to bring an end to the atrocities.

The top diplomats from the 57-member bloc of Muslim countries held a virtual session against the backdrop of the ongoing Israeli military operation against Palestinians.

The participants of the meeting reviewed the latest developments in the occupied Palestinian territories, the escalating aggression by the occupying Israeli forces, the forced eviction of Palestinian families from their homes in East Jerusalem, the killing and maiming of civilians and the growing barbaric attacks on the Gaza Strip.

The meeting was convened by Saudi Arabia, the headquarters of the OIC.

There has been criticism that the international community, including the Muslim world, has been slow to respond to the Israeli atrocities against Palestinians.

He stressed upon the member states that the OIC must not fail the people of Palestine at this critical juncture.

The joint statement issued by the OIC after the foreign ministers’ virtual meeting held Israel responsible for the deteriorating situation.

They warned against the “dangerous effects of Israel’s continued and deliberate inflammation and provocation of the religious sensibilities and feelings of the Palestinian people and the entire Muslim ummah with its heightened attacks on worshippers”.

The statement especially mentioned Israeli attacks starting from blocking worshippers’ access to the holy sites to perform their religious rites, including Muslims from Al-Aqsa mosque during Ramazan and Christians from the Church of Holy Sepulchre during Easter celebrations, and the violent storming of Al-Aqsa mosque by the occupying forces, terrorising and attacking peaceful worshippers in flagrant violation of international humanitarian law.

“Israel, the occupying authority, [is] fully responsible for the deterioration of the situation caused by its systematic crimes against the Palestinian people across the entire Occupied Palestinian Territory, in particular the extensive barbaric military attacks on the besieged Gaza Strip,” the statement read.

The joint communique underscored the responsibility of the UNSC to act swiftly to end the Israeli forces’ barbaric attacks on the Palestinian people in line with its charter mandate to preserve international peace and security.

The OIC foreign ministers also denounced the UNSC’s inertia in dealing with the Palestinian question, the oldest on its agenda.

They invited the UNSC to “assume its responsibility towards the Palestinian people and to respond to the calls of states and peoples around the world to rise to its responsibilities to stop these violations, save innocent lives, act without delay to stop the deterioration on the ground and the ongoing Israeli aggression on the Palestinian people, implement its own resolutions and ensure that they are fully respected, being the foundation and key to a just and lasting solution supported by the prevailing international consensus”.

“[The OIC] reiterates that the failure of the [UN] Security Council to assume its responsibility to deal with this crisis will necessitate approaching the United Nations General Assembly to assume its responsibility, including resumption of the proceedings of the Tenth Emergency Special Session to stop Israeli aggression in the Occupied Palestinian Territory, including Al-Quds Al-Shareef, to ensure provision of international protection for the Palestinian people, to take measures to hold Israel, the occupying power, accountable for its crimes and gross violations of the rules of international law and human rights, and to blockade its colonial system,” the statement read.

The document made it clear that Al-Aqsa mosque, Islam’s first qibla and the third holiest sanctuary, was a “red line” for the Muslim ummah, that would end only with its full liberation from occupation and its return to the Palestinian people.

It invited member states to make concerted and individual efforts, to rally round and defend Al-Quds and its holy sites, face up to Israel’s crimes, provide the Palestinian people with support and the wherewithal for steadfastness to confront the Israeli barbaric attacks.

It also requested them to respect the OIC resolutions on the Palestinian cause and work to implement them as the central issue of the Muslim ummah and the raison d’etre of the Islamic bloc.

The OIC also stressed that Israel must be held accountable for the crimes against Palestinians.

The meeting decided to share the contents of the joint resolution with the UN General Assembly, UNSC, UN Human Rights Council and other international bodies.

Earlier, Qureshi while addressing the virtual session said the support for the Palestinian cause had been a defining principle of Pakistan’s foreign policy since it inception.

“Our founding father, Quaid-i-Azam Muhammad Ali Jinnah, was unrelenting in upholding the legitimate rights of the Palestinian people,” he pointed out.

“Pakistan, is appalled by the sheer magnitude of illegal, disproportionate and indiscriminate use of force, tyranny and injustice being perpetrated by the Israeli occupation forces against defenseless Palestinians,” he added.

“There are no words strong enough to condemn the systematic and barbaric crimes against the Palestinians. The deteriorating conditions in the Occupied Palestinian Territories due to the illegal practices of Israel, its colonial policies, and its continued aggression, siege and collective punishment, are sickening.”

He said all necessary steps must be taken for stopping the ongoing aggression against the Palestinian people and their properties.

He called for immediate action on the following: one, the international community must protect the Palestinians against the blatant and illegal use of force and flagrant violations of human rights. It should urgently intervene and take concerted actions to stop Israeli atrocities against civilian population in Gaza. The bombardment in Gaza must be stopped immediately.

Three, Israel’s crimes against humanity should not escape accountability. There should be no impunity for Israel’s violation of international law, including the Fourth Geneva and the other various human rights Conventions.

Four, attempts to create a false equivalence between Israel, the aggressor, and Palestinians, the victims, are inexcusable and as the collective voice of the Muslim ummah the OIC should work in unity to dispel this deliberately deceptive perception. Attempts to silence media and reporting, through tyranny, evident from Israel’s horrifying air strike yesterday, bringing down a high rise building in Gaza that housed media outlets is unacceptable.

“The OIC owes its genesis to the Palestinian issue. In this hour of need, the Muslim ummah must exhibit strong solidarity and support for their Palestinian brothers and sisters,” he said.

He also reiterated Pakistan’s support for a two-state solution in accordance with the relevant UN and OIC resolutions, with the pre-1967 borders, and Al-Quds Al-Shareef as the capital of a viable, independent and contiguous Palestinian state.

“In the absence of such a solution, any notion of human dignity would remain tainted, regional peace elusive, and international security imperiled. We must not fail the Palestinian people at this critical juncture,” he concluded.