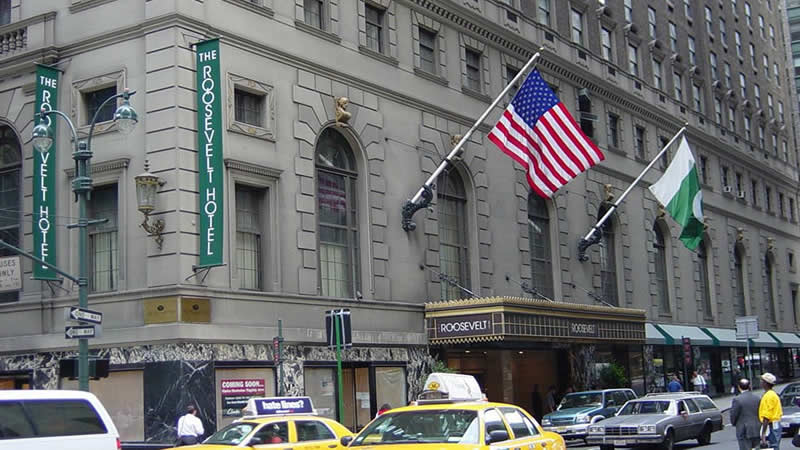 The High Court of Justice in the British Virgin Islands (BVI) on Tuesday ruled in favour of Pakistan in a case initiated by Tethyan Copper Company (TCC) for attachment of assets belonging to the Pakistan International Airlines Investment Ltd (PIAIL), including hotels in New York and Paris, as part of its efforts for the enforcement of the Reko Diq award.

“Pakistan has won the BVI case initiated by TCC to enforce the ICSID [International Centre for Settlement of Investment Disputes] award,” stated the International Disputes Unit (IDU) housed inside the Attorney General Office within the premises of the Supreme Court of Pakistan, adding that all ex-parte orders obtained by the TCC earlier had been set aside.

The TCC had initiated the case for the enforcement of the July 12, 2019, $5.97 billion award against Pakistan by the ICSID in the Reko Diq litigation.

“A short while ago judgement was announced by BVI High Court,” Attorney General for Pakistan Khalid Jawed Khan said while talking to Dawn, adding that it was a great legal victory for Pakistan as well as the Pakistan International Airlines (PIA).

The AGP said all the orders earlier passed against PIAIL — a company which is also incorporated in the British Virgin Islands — had now been recalled by the BVI High Court, adding that it had also removed the receiver appointed for the Roosevelt Hotel, New York, and the Scribe Hotel, Paris. The cost of litigation was also awarded.

On December 16, 2020, the BVI High Court through an ex-parte order had attached the assets belonging to the Pakistan International Airlines Investment Limited, including the company’s interests in the Roosevelt Hotel in Manhattan, New York, and Scribe Hotel in central Paris as well as frozen 40 per cent interest of PIA in a third entity, Minhal Incorporated. The BVI court in its Dec 16 order had also appointed the receiver on an interim basis.

The IDU said the BVI High Court had ruled that it had no jurisdiction to decide the matter and the receiver appointed had been discharged with immediate effect.

Prime Minister Imran Khan has also appreciated and lauded the efforts of the IDU and the office of the AGP that helped in securing a great victory for Pakistan, the IDU said.

It said that the provisional charging order against PIA’s companies was also set aside entirely, while TCC was also ordered to pay costs of the present proceedings. Thus the “attempt to steal Roosevelt and Scribe hotels has been frustrated”, the IDU said.

“Justice prevails!” said PIA in a tweet after the verdict became public. “By the grace of Allah and with the prayers of all our countrymen, courts in BVI decide in favour of PIA, releasing all hard-earned assets i.e., Roosevelt NYC & Scribe Paris. Great victory for PIA and Pakistan. We won this together!”

Justice prevails! By the grace of Allah and with the prayers of all our countrymen, courts in BVI decide in favour of PIA, releasing all hard earned assets i.e., Roosevelt NYC & Scribe Paris. Great victory for PIA and Pakistan. We won this together! ✌ pic.twitter.com/WgVYweiwPt

Information about the attachment proceedings and the earlier order of the BVI High Court was communicated to Pakistan on Dec 23, 2020.

At the time, the AGP office had said Pakistan would vigorously pursue proceedings initiated by TCC in any jurisdiction and that the government reaffirmed its commitment to protecting national assets wherever they might be located.

What is the Reko Diq dispute?
TCC is a 50-50 joint venture of Barrick Gold Corporation of Australia and Antofagasta PLC of Chile. The Reko Diq district in the southwest of Balochistan is famed for its mineral wealth, including gold and copper.

The ICSID tribunal had taken up the dispute between Pakistan and the TCC after the latter claimed $8.5bn when the mining authority of Balochistan rejected its application for a multi-million dollar mining lease in the province in 2011.

According to details available on Tethyan’s website, the Reko Diq Mining Project was to build and operate a world class copper-gold open-pit mine at a cost of about $3.3 billion. The company says its 1998 agreement with the Balochistan government entitled it to the mining lease, subject only to routine government requirements.

The project stalled in November 2011 after the application was rejected. Pakistani officials say the mining lease was terminated by the government because it was secured in a non-transparent manner.

By then, the company had invested $220 million in Reko Diq. The mining company sought help from the World Bank arbitration tribunal in 2012, and it ruled against Pakistan in 2017, rejecting an earlier decision by the Supreme Court.

The tribunal then opted to use a formula for calculating damages for the cancelled lease based on the assumed profits Tethyan might have earned from the mine over 56 years. In July 2019, the tribunal slapped a $5.97 billion award against Pakistan for denying the mining lease to the company.

The fine, including the damages award and interest, is equal to about two per cent of Pakistan’s GDP.

Immediately thereafter, the TCC had commenced proceedings for enforcement of the award. In November 2019, Pakistan had challenged the award and initiated proceedings seeking its annulment.

Alongside the plea for annulment, Pakis­tan had also requested a pro­visional stay on the enforcement of the award issued against the country on November 18, 2019.

Pakistan was granted the provisional stay upon initiating annulment proceedings after which a hearing to confirm the stay order took place over ‘video link’ in April last year. On September 16, 2020, the tribunal finally ruled in favour of Pakistan, confirming the stay on the enforcement of the award.

However, on November 20, 2020, the company moved a separate case in the BVI High Court for the enforcement of the award which included attachment of the assets belonging to Pakistan International Airlines Investment Ltd, a final decision on which came out today in Pakistan’s favour.

The ICSID is still considering Pakistan’s appeal against the penalty over its decision to cancel the Reko Diq mining lease for the TTC and a final hearing will take place in 2021.