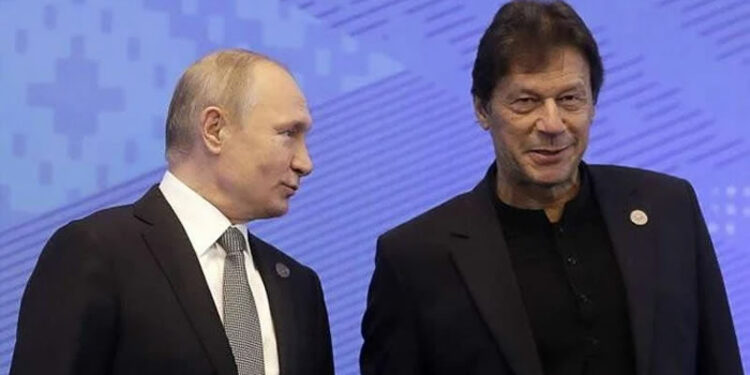 Prime Minister Imran Khan has stressed that a peaceful, secure, and stable Afghanistan was vitally important for Pakistan and regional stability.

Besides ensuring safety, security, and protection of rights of Afghans, an inclusive political settlement was the best way forward in resolving the crisis, he was quoted by the PM’s Office as saying during a telephonic conversation with Russia’s President Vladimir Putin on Wednesday.

The two leaders exchanged views on the evolving situation in Afghanistan and bilateral relations, read the statement.

Premier Imran underscored that the international community must stay positively engaged in support of the people of Afghanistan, to help address humanitarian needs and ensure economic sustenance.

He also stressed the importance of coordinated approaches in addressing the evolving situation and noted that Pakistan attached high importance to the role of the Troika Plus format.

He, according to the statement, reiterated his government’s resolve to strengthen trade relations as well as bilateral collaboration in the energy sector, including the early realization of the Pakistan Stream Gas Pipeline Project.

The two leaders agreed to closely cooperate within the SCO for promoting regional peace and security.

The prime minister also reiterated his invitation to President Putin to visit Pakistan.

President Putin, earlier today, also discussed the recent developments in Afghanistan with his Chinese counterpart Xi Jinping over the telephone.

The two leaders expressed readiness to step up efforts to combat the threats of terrorism and drug trafficking emanating from the territory of Afghanistan, the Kremlin said in a statement on its official website.

“The importance of establishing peace in this country as soon as possible and preventing the spread of instability to neighboring regions was emphasized. To do this, it is intended to use at maximum the potential of the Shanghai Cooperation Organisation,” it said.