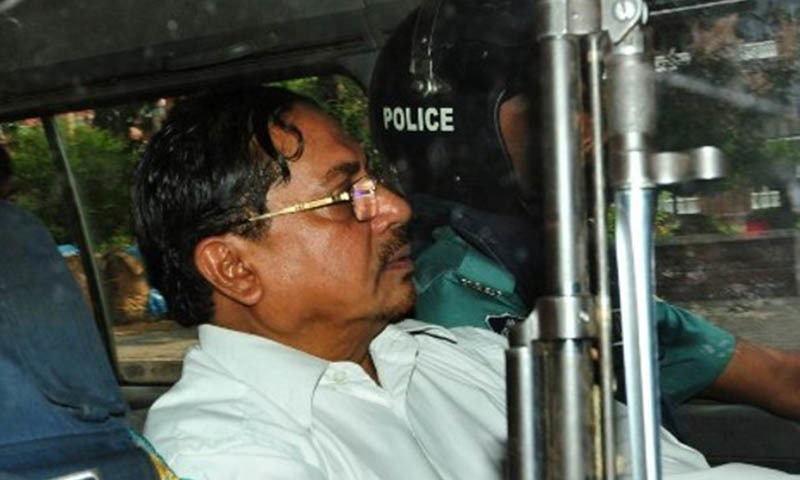 A leader of Bangladesh’s largest religious party lodged an appeal Thursday in the Supreme Court against his death sentence for atrocities committed during the 1971 independence war.

Lawyers for Mohammad Kamaruzzaman, the third-highest ranked leader of the Jamaat-e-Islami party, filed the “review petition” with the Supreme Court, which in November last year had upheld the original sentence. If the country’s apex court rejects the review, the 62-year-old’s only chance of avoiding the gallows will then be if he is granted clemency by the country’s president. Legal experts say the Supreme Court has only overturned a death sentence on a handful of occasions as a result of a review petition, as such a move would be an admission of a serious legal error in the first place. “In our application we have submitted 44 grounds for review of the judgement.

We think there were serious discrepancies in the testimonies given by the prosecution witnesses,” defence lawyer Tajul Islam told AFP. “We have detected some apparent mistakes in the face of the records”, he said, adding a review of the mistakes could lead to the “acquittal” of the Jamaat leader. In December 2013, Bangladesh executed Jamaat leader Abdul Quader Molla for war crimes, just hours after his review petition was rejected by the Supreme Court.

The upholding of Kamaruzzaman’s execution order could worsen the ongoing unrest in the country, which has been hit by deadly protests over the opposition’s bid to topple the government of Prime Minister Sheikh Hasina. At least 108 people have died since the start of the year, most in firebombings buses and trucks by opposition supporters.

The country plunged to its deadliest political violence in 2013 after a special war crimes court handed down a series of death sentences to Jamaat leaders for their role in the 1971 conflict which saw the then east Pakistan secede from the regime in Islamabad. Opposition parties say the war crime courts are politically-motivated and aimed at settling scores, while rights groups say the trials have fallen short of international standards. Hasina’s secular government maintains they are needed to heal the wounds of the conflict, which it says left three million people dead. Independent experts put the death toll much lower.