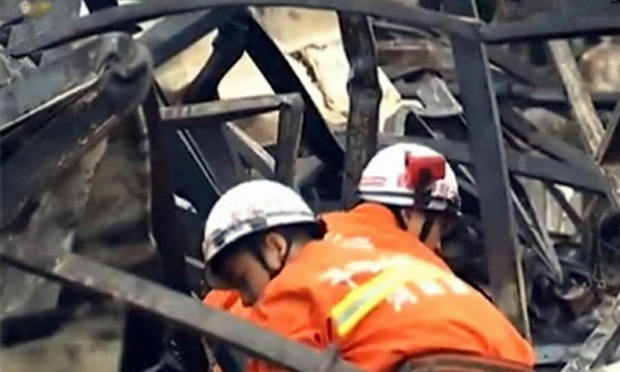 A fire at a care home in central China left 38 people dead and six injured, officials and reports said Tuesday.

The fire broke out on Monday evening in an apartment building at a privately owned old people’s home in Pingdingshan, the official news agency Xinhua said.

Two of the injured were in critical condition in hospital, the work safety bureau of the central province of Henan said in a statement on its website. Pictures posted online showed a thick column of black smoke rising from behind a petrol station near the facility. Search and rescue operations were continuing, Xinhua said, and the cause of the fire remained unclear. Industrial accidents and fires are common in China, where enforcement of safety standards can be lax, with some property and business owners paying off corrupt officials to look the other way.

A nine-year-old boy was detained in February after a shopping mall inferno killed 17 people in Huidong, in the southern province of Guangdong. Police said that blaze was “caused by a boy playing with fire at the mall”. A fire at a poultry plant in the northeast of the country killed 119 people in 2013. Reports at the time said that managers had locked doors inside the factory to prevent workers from going to the toilet, leading to the high death toll. –AFP